Marks & Spencer (M&S) is restructuring its marketing team to take a “specialist rather than generalist” approach to ensure it has “absolute expertise” in everything it does and is a business fit for a future online.

From visual merchandising and paid search, to CRM and search engine optimisation, a number of specialist teams have been brought into the function, which M&S says is allowing it to work in a much more agile and collaborative way than it has done in the past.

“We’ve structured the marketing with agile teams in order to be able to respond to things like changing weather; or when products sell out online we are able to respond really quickly in terms of the content we’re serving up to customer, making sure we’re contextually relevant through channels,” explains Nathan Ansell, marketing director of clothing and home, speaking to Marketing Week.

The shake-up of the team comes after M&S’s big marketing restructure, in which its former marketing boss Patrick Bousquet-Chavanne left and responsibility for marketing was given to the retailer’s two businesses – home and clothing, and food. Ansell says that has also led to a shift in how it works, with marketers now needing to be much more agile and able to adapt marketing plans.

“We’ve got a plan but we’re also adapting that plan on a daily basis depending on what’s going on with our customers, what we’re up to and product launches. There’s lots of test-and-learn activity, responding to what’s going on in an outside environment and how things change. So it’s a much more agile and dynamic way of running marketing than we have done in the past,” explains Ansell.

This week, M&S unveiled its first major clothing and home campaign since the restructure, which aims to promote must-have wardrobe essentials from its womenswear, menswear, kidswear, home and beauty divisions.

It will feature across national press, video-on-demand services, digital out-of-home and online, although M&S has decided not to run the campaign on traditional TV. While some have speculated this is down to budget, Ansell says the digital-first campaign is in line with efforts to move a third of the business online within the next four years.

He also says M&S has seen “phenomenal success” when communicating new products through social media – such as shoppable Facebook and Instagram posts – and that this will remain a key focus going forward.

“We’ve had a great response to the campaign – from customers and through sales. But one campaign doesn’t solve everything so there’s a lot to do but we feel it’s a really good start so far,” Ansell adds.

Ansell’s equivalent in the food business, Sharry Cramond, was brought on board in May. He says that while there are specific customer and commercial objectives that are unique to each function, advertising will work well together to help build a “really cohesive brand”.

“The collaboration is the thing that I’d emphasise across the marketing team,” he says. “We are really focused on driving our clothing and home, and food, business and working together in a very agile way to make that happen.”

New role will take on responsibility for digital innovation, customer insight and loyalty at a crucial time for the struggling retailer as it prepares to close more than 100 stores over the next four years and move a third of its business online.

Chief executive Steve Rowe has laid out the retailer’s plans to become faster, more commercial and ready to compete online. 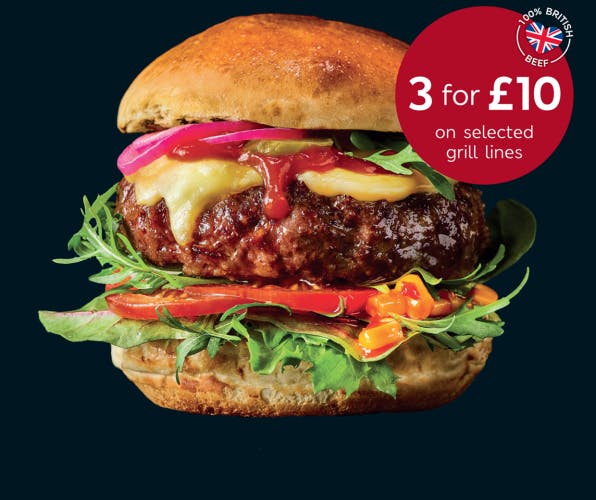