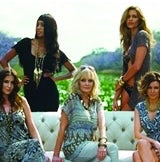 During the period, the retailer increased its marketing spend by 16.3% to £142.9m for the year to 2 April, up from £122.9m last year and increased the number of advertising campaigns it ran for its food and clothing business.

UK revenue increased 4%. Its direct business reported a 31% increase in sales and visits to its website increased 18% to more than 3 million visits each week.

M&S claims to have increased its market share in both general merchandise and food.

Bolland says the chain has made “good early progress” in its strategy to grow M&S as an international, mutli-channel retailer, outlined in November.

He also updated on M&S’s strategy for the next two years and said the UK business was its priority and it would work to improve its stores, food, home and clothing divisions.

Bolland remains cautious about the outlook and expects the year ahead to be challenging but says M&S maintains its priority of delivering “exceptional value and unrivalled quality”.

M&S will publish an annual update on the progress of Plan A in June.