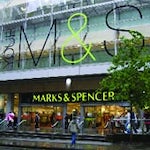 The Observer newspaper revealed that clothing factories in India supplying the three high street retailers were paying workers just 25p or 26p an hour and forcing them to work overtime, leaving their children unattended.

The newspaper said that some staff were obliged to work as many as 16 hours a day at rates of pay that were less than the minimum required by Indian law.

M&S, Next and Gap have all said that they have already solved or are actively working to address breaches of conduct and improve the situation quickly.

Chris Arnold, creative director of Creative Orchestra, says the allegations are “devastating” for M&S’s Plan A claims and says that the retailer will lose the trust of consumers.

“Plan A assures consumers that everything is ethical. Some brands can take the hit, but when a brand like M&S puts itself on a pedestal, it falls a long way.

“Next is okay because it is not touting its ethical credentials.”

However, Matt Piner, senior retail analyst at Verdict says that it will take more than these claims to shake trust in Plan A. He said: “M&S has invested a huge amount in promoting the Plan A brand and consumers have embraced it.

“One of the benefits of placing responsibility at the core of what you do is that it takes more than a few passing allegations to damage consumer perceptions.”

Earlier this year M&S added a further 80 sustainability commitments to its 100-point Plan A programme, which included extending its commitment to “Fair Partnership” and “ensuring workforces and communities benefit in our supply chain”.

An M&S spokesperson said that the retailer took “ethical sourcing and trust in our brand extremely seriously”.

Piner adds that M&S should take the report as a reminder that its supply chain is “a crucial part of the commitment it has made to its customers”.