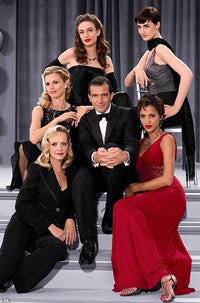 Marks & Spencer is to launch a new clothing range, called Portfolio, aimed at women aged over 45. The range will be available in stores from February and will be targeted at middle-aged, fashion conscious women.

Portfolio will be the first new womenswear brand launched by the retailer in four and a half years.

The retailer says the range will be positioned between its Per Una range, for younger females, and the Classics range, aimed at the older generation.

Yesterday (October 30), M&S was one of the first retailers to open at London’s new Westfield shopping centre.