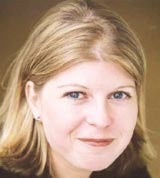 Blacher spent five years working in the marketing department at MSN, becoming head of marketing in 2003. She worked on a number of high- profile MSN campaigns, including the global tie-up with the film Bridget Jones’s Diary and Madonna Live on the Internet, still the largest webcast ever.

Her role at Channel 4 will focus on two key areas: developing a marketing strategy for Channel 4 New Media’s mobile, broadband and internet businesses; and enhancing the role of new media across all Channel 4 Television marketing campaigns.

Cochrane says: “Blacher’s experience working for MSN, combined with her knowledge and experience of the media sector, ensures she will be a huge asset in helping to put new media at the heart of Channel 4.”

Before joining MSN, Blacher had worked for both Channel 4 and Five.

Earlier this year, Channel 4 announced a significant increase in the budget of its new media arm as well as a change of name, from 4 Interactive to Channel 4 New Media.