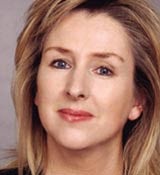 Rainey Kelly Campbell Roalfe founding partner MT Rainey is understood to be close to joining Omnicom-owned network TBWA in a senior role. Her appointment to this role has been the subject of intense speculation for several weeks.

The rumours have restarted as TBWA holds it annual network in the US and just days after Rainey’s former partners Jim Kelly and Robert Campbell were announced as the managing partners at the renamed United London, formerly HHCL/Red Cell.

Rainey and Kelly left the agency that they launched after 11 years in October 2004. Campbell followed them out of the door a year later.

At the time, the pair of them were joint chief executives but were thought to have lost patience with the Young &amp; Rubicam chairman and chief executive, Anne Fudge. During the agency’s heyday it won accounts such as Virgin and Marks &amp; Spencer. It sold out to WPP Group in 1999.

Rainey was largely responsible for getting the ad industry talking about the value and power of ideas, with her championing of the ‘payment for ideas’ philosophy.

No one from TWBA was available for comment as Marketing Week went to press.