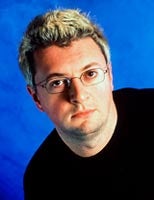 Pullan, who is vice-president for marketing and digital channels at MTV Networks for UK and Ireland, joins Channel 5 in the new year. He will manage the channel’s consumer and trade marketing; press and PR; on-air promotions and strategic planning.

It is not known whether Pullan will call a review of Channel 5’s &£6.3m advertising account, which is handled by Walsh Trott Chick Smith. Media is bought by Walker Media.

He says: “The Channel 5 brand has an amazing track record in its short history, and a very bright future. This is a period of transition for Channel 5, and a great time to get involved in driving the business forward.”

Channel 5’s new director of programmes, Kevin Lygo, is reviewing the channel’s schedule and programme content. TV buyers would like the channel to acquire another audience-pulling programme to add to Home and Away, which it snatched from ITV.

At the Edinburgh Television Festival earlier this year, Channel 5 chief executive Dawn Airey also talked about the need to look for other sources of income to face-off the down-turn in TV advertising and to exploit merchandise and direct retail opportunities.