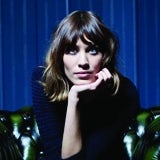 The company is looking to secure brand partners for MTV’s Alexa Chung-fronted music series Gonzo, and the channel’s summer coverage of the Ibiza Rocks festival.

Viacom will sell fully integrated media and rights packages in exchange for production funding across its channel portfolio.

The media owner says the move signals its commitment to delivering new funding models while seeking to work more closely with brands looking to communicate with young adults in a more “engaging and savvy fashion”.

Mark Swift, vice president and commercial director of Viacom Brand Solutions, says: “AFP has always been an important part of our collaborative approach to working with advertisers.”