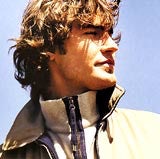 MTV UK &amp; Ireland has signed a 12-month deal with US menswear brand Nautica Jeans, to create MTV-branded merchandise, including jeans and jackets.

Nautica Jeans is also expected to open its first standalone store in London in early April, with a view to rolling out a chain of stores across the UK.

The deal, understood to be worth up to &£1m, forms part of Nautica Jeans’ through-the-line sponsorship of MTV UK &amp; Ireland’s live music shows and events.

The partnership will result in the company sponsoring MTV Live – an hour-long programme that is broadcast every Monday evening at 11pm.

The sponsorship of MTV Live, which will begin later this month, will coincide with the Nautica Jeans’ retail launch in the UK next month. The co-branded merchandise will be rolled out at the start of the second quarter.

This is also the first time that Nautica Jeans has included TV sponsorship in its marketing strategy.

The sponsorship will be advertised at five special MTV Live concerts across the UK over the next 12 months. Nautica Jeans will launch promotions in its UK stores, offering customers the chance to win VIP tickets to the MTV events.

Nautica Jeans general manager April Singer says: “By launching Nautica Jeans in the UK we are looking for brand awareness, but also credibility and acceptance from our most likely consumers. Music, fashion and brands all influence young adults, and this sponsorship will allow us to tap into the hearts of these genres.”

An online campaign on the mtv.co.uk and nauticajeans.co.uk websites will also be launched, as part of the sponsorship deal.