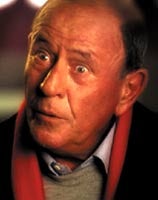 Woolworths is launching a multi-million pound celebrity TV advertising campaign in the run-up to Christmas. The ads, which break during Coronation Street on ITV this week, star football host Des Lynam, children’s TV presenters Ant and Dec, former EastEnders stars Mike Reid and Sid Owen, pop band Steps and actress June Whitfield. The campaign continues the ‘You’ll forget what you came in for’ theme used in the retailer’s previous campaigns, and aims to appeal to a cross-section of consumers from single professionals and sports fans through traditional families to children in their pre-teens. In one ad, a female customer is so distracted by Des Lynam’s moustache that she forgets what she intended to buy. The ads were created by Bates UK, with media buying handled by Zenith Media.