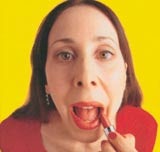 Centrica’s decision to sell off road rescue group the AA signals a collapse in the utility giant’s brand vision. Its corporate strapline, “Taking care of the essentials”, may need to be rewritten now the company has opted to focus on selling home energy.

In addition, Centrica’s decision to disband its group marketing function, under global marketing director Simon Waugh, indicates that it has ditched the idea of creating one brand linking disparate essential services (MWJune 10).

When Centrica bought the AA in 1999 for &£1.1bn, it promised a brand that would take care of life’s dull necessities. People would be able to buy gas, electricity and telecoms from its British Gas arm; its Goldfish brand would provide customers with financial services; more telecoms would eventually be offered through the One.Tel brand; the AA would provide roadside assistance and insurance.

There was talk that the services would be linked through a single bill and even speculation that an umbrella brand would bring the various companies together.

But it soon became clear that people did not understand the benefits of such an offer. Last year the company sold off the Goldfish credit card business to Lloyds TSB and is in the process of offloading the AA for up to &£1.5bn. The money from the sale will be used to build up its position in the wholesale gas and electricity market.

Centrica has not indicated whether it will sell off either of its telecoms businesses, One.Tel or British Gas Communications, although there is speculation it is considering a sale of the former.

Centrica’s strategic shift will be closely examined by any business looking to cross-sell products. It is already a sector of contrasting approaches. For stores such as Tesco, the concept is simple: leaflets for, say, car or travel insurance lie on supermarket shelves for shoppers to pick up, so the products don’t need to be heavily promoted. By contrast, the idea of turning British Gas engineers into insurance and AA salesmen was always somewhat laughable.

Virgin Group spokesman Will Whitehorn dismisses the idea of cross-selling between sectors. “It is almost irrelevant. There is the odd element of cross-selling where you use the strength of one company if it makes sense, but it is never a criterion on which you invest. This is an important lesson businesses fail to learn.”

The cross-selling craze has gripped service brands for the past decade, during which they believed it was cheaper to sell a range of products to existing customers than recruit new ones. But people usually only take up the offer if a discount is involved, and customers often prefer to shop around.

At the time of the AA takeover, Centrica chief executive Roy Gardner painted a rosy picture of the benefits of cross-selling and the synergies between British Gas and the AA. “Centrica anticipates significant efficiencies through combing the operations of the two businesses. All our customers, existing and new, will benefit from the wider range of products and services,” he told AA members in a document urging them to vote away the group’s mutual status in return for &£248 each.

But it was not to be. The call centre facilities of the two companies were to be combined but that plan was abandoned. Goldfish products and AA’s insurance and financial services activities would be merged, another idea that never happened. And AA customers were promised they would get discounts on subscriptions if they took gas and electricity from Centrica. But, as AA head of business strategy Kerry Cooper explains: “Customers saw value in the AA and British Gas brands but did not see the value in looking at both brands together,” she says.

It has become clear since 2002 that selling services to customers across Centrica’s divisions was not workable, so the company has opted to hard sell to customers within the separate businesses.

A Centrica spokesman explains the switch. Problems with cross-selling extend from data protection to cost and efficiency issues, he says. “If you have an electricity or gas customer, it is easier and more cost-effective to sell them a related energy product, such as a boiler, than a product that’s unrelated.”

Centrica’s clumsy attempts at building a one-stop shop may have vapourised, but the company has managed to squeeze big profits out of its customers.

It increased AA’s profits from &£6m before its acquisition to &£93m last year, although it missed its target of hitting &£100m by 2002. Customer numbers have also risen from 9.5 million to 15 million, mainly due to recruits from the fleet car sector.

But its inability to make taking care of life’s dull essentials into a viable brand proposition is a warning to all marketers not to cross their wires over cross-selling.