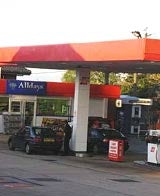 The large multiples have dominated the UK food retail sector during the past five years. A recent study by Euromonitor shows that supermarkets, hypermarkets and discounters are the main force behind sales, which have risen from £76.5bn in 1996 to £87.5bn in 2000.

In general, people in the UK now have greater disposable incomes, and as a result consumer confidence is at its highest since the boom of the late Eighties. Supermarkets and hypermarkets in particular are reaping the benefits of this by catering to the specific needs of this clientele. Consequently, their combined share of retail sales has grown considerably, from 64.6 per cent in 1996 to 73.5 per cent in 2000.

Because price competition is so intense in this sector, supermarkets have managed to gain 60.3 per cent of the market by diversifying into non-food items. The inclusion of in-store pharmacies, video rental and household goods divisions within stores has meant a convenient, one-stop shopping destination for busy consumers.

Hypermarkets have followed suit in devoting large areas of their stores to non-food ranges. For instance, Tesco Extra stores include cookshops, kids’ clubs and in-store theatres. Last year, the turnover in hypermarkets was £11.6bn, 13.3 per cent of total food retailer sales.

Supermarkets and hypermarkets are also developing own label ranges. These products help to reinforce the retailer’s identity and win consumer loyalty.

There is no doubt that the large food retailers have benefited from placing greater emphasis on their own label products, as well as household wares and clothing. The UK has the strongest own-label market in Europe, where it accounts for 53.5 per cent of total grocery sales and more than 40 per cent of products sold in Tesco, Sainsbury’s, Safeway and Asda. Own-label foods alone account for £25bn of total retail sales.

Euromonitor’s study reveals that convenience stores such as Alldays and One-Stop have also benefited from changing consumer lifestyles, experiencing a 35.3 per cent growth between 1996 and 2000. As with the large multiples, this is a result of the social and lifestyle changes that are affecting consumers’ shopping habits. More than ever before, time-poor consumers are turning to convenience store outlets to supplement their larger weekly shop, and are willing to pay for such convenience.

But the convenience store sector has not witnessed consolidation on the same scale as other food retailers. The top two retailers – One-Stop and Alldays – account for just 10.1 per cent of total retail sales in the convenience sector. Although supermarket chains also operate in this sector, with outlets such as Tesco Express and Sainsbury’s Local, they remain minor players in this highly fragmented market.

The battle between large multiple food retailers has continued in recent years, according to Euromonitor. Discounters have lost out to the major multiple supermarket and hypermarket retailers, which have succeeded in winning back and then increasing their share of the food retailing market. By 2000, annual sales in the discounter sector had declined to £2.7m per outlet. This is largely because UK consumers now tend to focus on quality over price. In an attempt to combat falling sales, discounters are following the example of the multiples and are increasing their focus on non-food lines.

Independents and food specialists are also suffering at the hands of the large multiples. Local/independent butchers and greengrocers have each lost 27 per cent in their turnover over the past five years, as customers increasingly choose the one-stop shopping format. Additionally, specialist retailers are unable to compete with the economies of scale that the supermarkets and hypermarkets wield, and a number of smaller outlets have been forced to close.

In 2000, average retail sales per food outlet amounted to £972,738. This represents a growth of 26.5 per cent since 1996. Although the number of food retail outlets in the UK declined by 9.5 per cent between 1996 and 2000, supermarkets and hypermarkets, discounters and convenience stores increased in number. Supermarkets have witnessed the highest growth rates in retail sales per outlet over the review period – at 30.6 per cent.

Euromonitor expects the number of retail outlets in the UK to continue to decline as the major retail groups consolidate and smaller players are forced out of the market. In addition, many supermarkets will choose to expand abroad.

The Interactive Advertising Bureau has launched a campaign to persuade Members of the European Parliament (MEPs) to drop legislation that would require Internet users to give their consent to each use of cookies – a move that the IAB says could cost the online advertising industry &£187m a year. The controversy surrounds an amendment to […]

The Australian Tourism Commission (ATC) European marketing chief Glenn Myatt, and European general manager Andrew Richards, have left the company following a restructure of its global management. The Commission has promoted Lyndel Gray, its regional director for the Americas, to the new position of executive general manager for Western Hemisphere. She will be the top […]