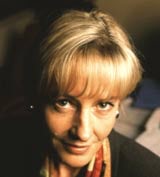 Ill-judged comments by prominent males should not be allowed to obscure the fact that motherhood and work can co-exist. Sue Farr calls for a balanced debate on what’s fairer for the sexes

Oh dear! Neil French’s unfortunate (and now infamous) comment that female creative directors are “crap” has resulted in his equally unfortunate sacking. His remarks come hot on the heels of a recent Michael Buerk article suggesting the feminisation of society has gone too far, while last year a spokesman for UKIP sparked controversy with his claim that “no self-respecting boss of a small business would employ a woman of child- bearing age.”

Naturally, while I hold no quarter with any of the above, perhaps it is time to look again at an issue that continues to exercise a great number of men (and to a lesser degree women) – that of women’s role in society, and more pertinent to us, in marketing and advertising.

But let’s start by dispelling some of the more bizarre aspects of what’s been said. Most notably, women in advertising are not crap. There are some who fall well below par, but many more who excel – and the same can be said for men. Society is not becoming more feminine, just more equal, which is a good thing, especially in advertising where the need to understand the population is best fulfilled by as diverse and representative a sample as possible. I would suggest that the appropriateness of the UKIP statement was reflected in the party’s election success, or lack of it! It is an anachronistic thought, one severely out of kilter with public opinion.

Yet, what is so startling about French’s sentiments is that they question the very culture of our industry, which is one of the most open and equal of any sector. Ask Cilla Snowball, Andria Vidler, Rita Clifton, Carolyn McCall, Tamara Ingram, Kate Stanners, Claire Salmon, Polly Cochrane, Jo Parker and numerous other high-flyers whether having children has dented their determination and commitment: the answer is self-evidently not.

Jenny Abramsky, the excellent and formidable director of radio at the BBC, once commented that the big divide in the workplace was not between women and men, but between mothers and the rest. And I think she’s right. What distinguishes working mothers is that in almost all cases their lives are just harder than their colleagues, because their responsibilities in the round are almost always greater. Whether this affects their commitment and determination to succeed, however, is another matter and I would suggest that’s as much down to personal choice as anything else.

While at the BBC, three of the most senior members of my team – the heads of marketing for television, news and sport – each had a second child. In each case, I agreed that they could continue to do the full job but on a four-day week and we won the battle with human resources to leave the full five-day package in place. Why? Because I knew that they would do the job to the satisfaction of myself and the network controller as their determination to prove the arrangement could work was palpable. And so it was.

Yet it would be foolish not to acknowledge that issues remain, particularly regarding maternity rights and the difficulties they can create for everyone involved – the mother, her colleagues, her boss, her company and her family.

There seems to be some sort of groundswell developing about maternity leave, not wholly because of its length, but also because it favours the mother over the father to such an extent. Would it not be more equitable to allow the mother and father to decide who should take the maternity leave or whether they should share it?

The question seems to be whether the advertising world should adapt to meet the changing maternity and employment demographics or whether those wishing to work in the industry should accept that in a client-facing environment, absence for whatever reason is going to be difficult to manage. Either way, there is no doubt that advertising and marketing are becoming ever more competitive and clients’ demands greater. It is well-nigh impossible to run account teams that do not work full-time with, often, unsocial hours. Likewise creative departments work unruly hours that are not conducive to a work/life balance. Ours is not a part-time culture.

It is increasingly difficult to discuss gender roles in society, particularly relating to work, without being seen to be neanderthal, bigoted or certifiably mad. But this stifles debate and the ability to find a workable route forward.

Most working mothers whom I know well understand that their absence can cause resentment among co-workers – both male and female – and that prolonged leave can result in slower career development. But agencies and marketing departments must realise, too, that women are a huge asset to a company: their insight, well-documented ability to multi-task and sheer determination to succeed is more than enough recompense for a sabbatical to have children.