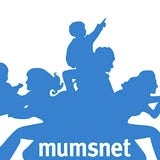 Mumsnet co-founder Carolyn Longton says the reversal of the policy comes after the site’s members voted to allow McDonald’s advertising. Mumsnet says it regularly asks members to vote on whether to allow contentious brands to advertise.

The McDonald’s vote was triggered after the fast food chain asked Mumsnet to allow its ads on the site.

Longton says the ban stretches back three years, when members voted to ban McDonald’s from hosting a branded question and answer session on the site. She believes this was because of the negative perceptions engendered by the global corporate brand.

McDonald’s has fought to shake off its image as a purveyor of fattening, unhealthy food and has introduced new, “better for you” options to its menus and made efforts to reassure the public about its environmental and health credentials through advertising.

Mumsnet enforces a strict advertising policy in order to maintain the integrity of the online community and does not allow formula milk companies, loan companies and red-top newspapers to advertise on the site.

Longton believes Mumsnet’s ban on Nestlé will not “change for a while because they are actively promoting formula milk in the third world, which is what consumers don’t like”.

The site used to have a strict policy on allowing advertising by political parties, but relaxed the policy last year to coincide with the elections.

However, it refuses to run adverts by the British National Party and insists that all political adverts get the same exposure.