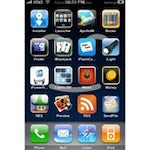 The move comes as Spotify allows its service to be embedded in a third-party site for the first time, as part of Peugeot’s Drive Sexy campaign.

The emerging music services are battling to augment their audio and display ad revenues to ensure sustainability as they each pass 2m UK users. It will see both go head to head with ISPs including BT, Sky and Virgin Media, which are also planning to launch subscription music services.

The two companies want to grow their share of a global digital music market valued at $3.7bn (£2.26bn) in 2008 by music body the International Federation of the Phonographic Industry (IFPI).

The ad-funded streaming model is thought to be a strong contender for fighting piracy, with 95% of all digital music estimated to have been shared illegally.

The battle against online piracy hotted up this week when Lily Allen launched a blog to rally music stars to campaign for artists’ rights.

Before the end of the year, We7 will offer listeners the option to pay a monthly subscription in return for receiving ad-free streams as well as mobile access via an iPhone app, mirroring Spotify’s premium offering.

The move by the two companies to encourage users to subscribe follows a report by new media age in March which found ad-funded music models were under strain as marketing budgets tightened (nma 12 March 2009).

Steve Purdham, CEO of We7, said the subscription service was an important step but it remained one revenue stream in a suite of services designed to ensure sustainability.

“We’ll launch a subscription service before Christmas. But digital music has turned away from looking for a silver bullet. It’s now about offering a combination of experiences,” said Purdham. “Hype isn’t the key, it’s about achieving day-to-day stability.”

Earlier this month Swedish-owned Spotify was forced to revert to its invite-only model to manage costs just days after it launched its mobile app as non-premium users rushed to the service (nma 10 September 2009).

Its campaign with Peugeot, developed by ad agency Euro RSCG 4D Digital, allows visitors to choose tracks from the Spotify app via the Peugeot site. It’s likely to be followed by further commercial deals.

“It’s crucial to give advertisers as many opportunities as possible to do the right activity for their brand,” said Mitchell. “We need to generate opportunities for all types of brands and this is one way of doing it.”

We7 has also looked to diversify its business model, securing distribution deals with a range of media partners.

Last week it launched an interactive music memories map to promote Sam Mendes’ film Away We Go, which directs visitors to the site to select a location and track for others to browse. It also agreed a deal with The Sun and Universal Music allowing its visitors to stream Mika’s new album The Boy Who Knew Too Much a week ahead of its release.

Steve Mayall, director of music consultancy MusicAlly, believes We7 can compete with Spotify but stressed neither is guaranteed success. “We7 is the company that really started the ad-supported model in the UK,” he said. “It’s had its thunder stolen by Spotify but doesn’t deserve to be perceived as second best.

“The outlook for a sustainable business is reliant on the ability to both get premium subscribers and do B2B deals to augment that. These services need a diversified income stream especially at a time when there’s less ad income,” Mayall added.

Miles Lewis, Last.fm’s senior VP of international ad sales, said, “It’s imperative to give the consumer choice, but music is becoming the most expensive commodity on the internet so you have to control costs.”

Your cover story (last week) concludes that many brands decide to keep CRM programmes in-house. But in doing so they could be missing out on the potential rewards of wider industry expertise offered by specialist data suppliers.

LexisNexis Bridger Insight has been launched into the UK to support compliance processes. The service provides watch list and sanctions screening capable of batch checking high volumes of data in a single search. The company currently supports nearly 4,000 clients in the US and Europe. Compliance with Money Laundering Regulations 2007, obligations under the Counter […] 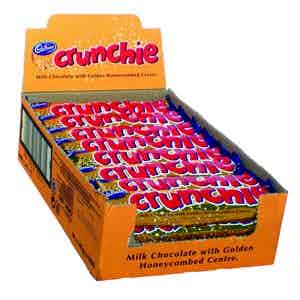 Cadbury’s has launched an online ad campaign promoting a Crunchie chocolate bar giveaway to drive traffic to its Get That Friday Feeling site.