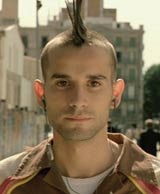 With warmer months on the way, music festival sponsors are gearing up to promote their packages to consumers and drive value from their investment. Vodafone’s announcement last week that it is to create its own live-music awards is the latest play by a telecoms brand in music sponsorship, a sector which has come of age as an alternative to the more traditional one of sports event sponsorship.

Vodafone’s strategy has two elements. Next month, the first of six live and “spontaneous” gigs will take place. Similar to T-Mobile’s events, the concerts will be exclusively for Vodafone customers, and will culminate in an awards ceremony in October. Channel 4 and E4 will broadcast both the gigs and the ceremony, but Vodafone customers with 3G handsets will also be able to access specially edited highlights. Daragh Persse, Vodafone UK’s head of sponsorship, says: “With an increasing number of people downloading music, Vodafone has a growing role to play in sponsoring, developing and delivering music.”

The move underlines the ideal nature of live-music properties for telecoms brands, particularly given the ability of multimedia handsets to deliver content on demand – notably, the O2 download service, run in partnership with MTV, which is built around the tagline “Music. Whenever. Wherever.”

Observers say that music offers further advantages, especially as sports such as football are now heavily oversubscribed. “Sport is becoming very cluttered,” says Jamie Wynne-Morgan, director at M&amp;C Saatchi Sponsorship. “The costs are very high and you’re reaching a similar audience. Gigs and festivals tend to attract a much broader range of people.” A recent Mintel survey of people who had been to see a live gig in the last six months uncovered a diverse range of ages, incomes and political persuasions. More than 40% of respondents were women.

Experts point out that music sponsorship can also be more flexible than sports packages, particularly if brands create their own events. Consumers tend to have very personal relationships with music, they argue, so if brands can tailor their experience they will have a unique offering. “From the perspective of brand preference, football offers you, broadly speaking, a single colour,” says Shaun Whatling, associate director at sponsorship consultancy Redmandarin. “Music, on the other hand, offers sponsors an entire palette.”

Aside from using their mobiles, hardened gig-goers will always be thirsty, and brands like Carling have been building music portfolios for years. Martin Coyle, head of sponsorship at parent company Coors, agrees that music can be more flexible, and says that Carling tends to use sport to maintain brand awareness, and music to build its image.

However, while fans might always want beer, it is the potential for telecoms brands to exploit live-music content that looks set to offer the richest pickings. As Tim Yates, Vodafone UK’s chief marketing officer, puts it: “3G mobiles are more than just phones, they act as entertainment hubs in customers’ hands.” If telecoms brands can create and control that entertainment, they will develop demand for their services – surely every marketer’s dream ticket.