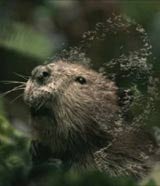 Advertising is back in the dock facing charges of bad taste following the Independent Television Commission’s (ITC) ban on Microsoft’s “Champagne” Xbox ad.

Some of the increase in complaints can be put down to an explosion in the number of advertising messages across all media and to the success of various campaigns aimed at educating the public about the work of the ITC and the ASA. TV ads are particularly notorious – if consumers watch TV, as most do, it is almost impossible for them to avoid watching ads. And, while people can usually select what programmes they want to watch from listings information or trailers, they have little control over what ads they are going to see.

Observers say that advertisers have always courted controversy, whether in order to make their advertising more distinctive or to generate press coverage. But the pressure for quick results and the need to cut through the huge amount of media “clutter” is encouraging creatives to push harder against barriers of taste and tone, say industry observers.

In the Xbox ad, created by Bartle Bogle Hegarty (BBH), a baby boy is born and immediately flies out of the window and through the air, ageing rapidly and screaming all the time. Eventually he becomes an old man, before crashing into an open grave. The tagline is: “Life is short. Play more”. The ITC upheld 136 complaints from viewers who found the ad offensive.

Microsoft, BBH and the Broadcast Advertising Clearance Committee (BACC), which vetted the ad, argued that the message was that life should be enjoyed more. The ITC did not agree. It thought the screams suggested a traumatic experience which, coupled with the “Life is short” tag, made the final grave sequence even more shocking and unnecessary.

BBH executive creative director John O’Keeffe believes shock tactics are valid, as long as they are relevant. He says: “The Xbox message is: ‘You’ve got one life, so enjoy it more’. It’s not a huge leap from that [to the cradle-to-grave treatment].”

He believes the real question should be: “Is this advertising shocking merely for the sake of shock? Benetton sells jumpers – then it does a huge poster of a man dying of AIDS. Is it saying: ‘Remember my name, because I really shocked you.’?”

One problem is that what shocks today may be commonplace tomorrow. ITC consumer policy manager Andy Wilson believes that “some advertisers are perhaps using ideas from cutting-edge comedy for a youth audience, for instance. This won’t always appeal to or even be understood by – other groups.”

Owen Lee, now a creative partner at Farm, worked on Britvic Soft Drinks’ Tango advertising – often held up as the benchmark of edgy, anarchic campaigns – while working at HHCL &amp; Partners. He says: “Tango always ‘dances’ with the ITC and the BACC. If you’re not pushing to the limit, then you’re not engaging with the target market.”

One insider says that if Microsoft had really wanted to shock it would have used animals, citing the campaign for Mr Kipling cakes where the Mr Kipling character is forgiven for causing various cataclysms because “he does make exceedingly good cakes”. In an early execution he apparently caused a dog to drown, but after complaints to the ITC the ad was changed to show the dog surviving.

Similarly, McDonald’s has just withdrawn a World Cup promotion ad in which a woman sets her dog on England footballer Rio Ferdinand. Some viewers complained, not necessarily because there had been a dog attack in the news, but because they believed that the breed of dog depicted would not maul a man.

The Royal Society for the Prevention of Cruelty to Animals has been responsible for some of the most complained-about ads of all time. Showing piles of dead dogs, horses on hooks and dead sheep, the ads triggered fury among the animal-loving British public. Robert Campbell, now executive creative director of Rainey Kelly Campbell Roalfe/Y&R, who created them, along with Mark Roalfe, argues that outrage was exactly what the charity needed to generate in order to influence Government policy. He says: “Were we cynical? Enlightened? I don’t know – but we knew what we were doing.”

Others are unsure about the long-term impact of shock advertising. Peter Shaw, a director of brand consultancy Corporate Edge, says: “Shock tactics may raise awareness in the short term, but they can cause severe damage to the brand over a longer period.”

Grey Worldwide London executive creative director Tim Mellors counters that the worst ads cannot come close to what consumers see on TV programmes or in print. He says: “Look at The Osbournes – Ozzy’s stoned, the family are always screaming obscenities and the children are the teenagers from Hell. None of that would be allowed in ads. If the Xbox ad had been for a yogurt, you would understand the complaints. But it’s not – it’s aimed at a young market which watches MTV and loves The Osbournes.”

Lee believes that the bottom line is money: “It’s getting harder, on limited budgets, to cut through the clutter. Advertising now is about immediate impact. The Xbox campaign will be outdated in a year – it doesn’t have the luxury of time.”