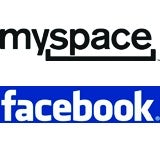 MySpace will be hoping the service, which allows its users to login to their Facebook accounts through their MySpace page to “create a personalized stream of entertainment content”, will boost its ailing fortunes.

The News Corporation-owned site, which has about 130 million users to Facebook’s 600 million, recently repositioned as a social entertainment site, with a new logo and welcome page, in a bid to boost visitors. MySpace chief executive Mike Jones said at the time that it was “not a social network” anymore but a “connector of user to content”.

In a statement, MySpace says that once set up, Mashup enables “the likes and interests of a user’s Facebook profile to be ported over to MySpace.” The process, MySpace adds, also allows users to program their own streams based on recommendations and trending topics on MySpace.

The service will be seen as a competitor to Apple’s recently launched Ping, a social media service that ties into iTunes.