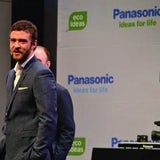 MySpace chief executive Tim Vanderhook said: “Historically TV has been a shared experience, as people gathered together to watch their favourite programmes.
“Our belief was that we could enhance the TV experience by increasing viewers’ ability to connect to both content and each other.”

Launch channels on the “over the top” service will play to MySpace’s traditions of being music focused, using the site’s library of music videos and songs. Channels are expected to extend as the service rolls out to include sport, documentaries, news and films, the companies said.

Smartphone and tablet apps will also become available so that users can access MySpace TV when they are away from their Panasonic Viera TVs.

NewsCorp – which also has a stake in Sky, which it was bidding to take full control of before the News of the World phone hacking scandal – sold MySpace to ad network Specific Media for $35m (£21.9m) last year.

This was just a fraction of the $580m (£363m) Rupert Murdoch’s company bought it for in 2005, when it was the most popular social network and before rivals such as Facebook and Twitter gained momentum.

Specific Media, along with Justin Timberlake, who it has deployed to front the social network, said last year it plans to “evolve MySpace into the premier digital destination for original shows, video content and music”.