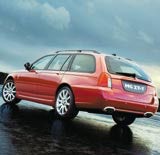 Nanjing Automobile, the new owner of MG Rover, is believed to have started looking for a top marketer as it prepares to restart production of MG sports cars in the UK.

The Chinese state-owned car maker is thought to have shortlisted two preferred management teams to run the business it wants to create from the assets it bought last month.

Nanjing has met Fraser Welford-Winton, the former head of Rover’s Powertrain engine division, and he is understood to be the leading candidate for the role. But it has also been reported that the company is trying to lure former Ford of Europe head Martin Leach away from a potential deal with rival Shanghai Automotive Industry Corporation.

Nanjing has pledged to create 2,000 jobs and make 80,000 cars a year in the UK within five years. It is thought to be looking for a senior marketer to join the management team and is likely to establish a small marketing department once it has finalised its plans for the new venture.

The whole of MG Rover’s 150-strong marketing team was made redundant when the company went into administration earlier this year (MW April 7). Its top marketers included John Edwards – one of the “Phoenix Four” businessmen who bought MG Rover from BMW in 2000 – and Guy Jones.