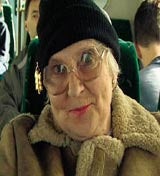 National Express takes control of the running of Greater Anglia on April 1. The franchise is made up of Anglia Railways, run by GB Railways Group, First Great Eastern, run by First Group, and National Express-controlled West Anglia Great Northern (WAGN).

National Express plans to appoint a commercial director, to be based at London’s Liverpool Street station, who will head marketing for the franchise. The new management structure will leave the sales and marketing director positions at Anglia and First Great Eastern, held by Liz Mullen and Theo Steel, redundant.

WAGN will be split up, with West Anglia joining the new franchise and Great Northern, which encompasses London Lines subsidiaries Silverlink and C2C, remaining as a separate franchise under WAGN branding. WAGN commercial director David Hamilton will oversee marketing for London Lines. The new franchise also includes the Stansted Express and a decision has yet to be made whether the line will stay in the Airport Express marketing alliance.

National Express has agreed to spend £11.3m on station improvements, refurbished coaches and new through services from London to Peterborough and Lowestoft as part of its franchise deal.