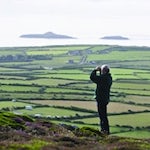 Direct-to-digital agency TDA has devised a campaign that seeks to appeal to National Trust supporters who want to protect the area’s ecology and traditional character and also those supporters who might consider visiting in the future.

A direct mail communication will point people to a bespoke microsite where they can learn more about the importance of the peninsula from an ecological point of view, as well as the threats it faces from over-development.

A funding agreement from Visit Wales to cover half of the acquisition cost, if the other half can be raised by supporters, means that any donations to the campaign will be worth double.

“The Neptune Coastline Campaign has been running for 45 years and cares for over 700 miles of the coastline in England, Wales and Northern Ireland,” says Catherine Weaver, special appeals manager at National Trust.

“With its diversity of wildlife, sheer beauty and links to other key coastal sites managed by National Trust, the land at Henfaes and Porth Simdde on the Llŷn Peninsula will be an important addition to the initiative. The threat of over-development is very real, but we can help safeguard its future.”

David Burrows, head of fundraising at TDA, adds: “We have developed a multi-layered campaign that strikes an emotional chord whilst conveying the bigger issues facing this coastline. The Llŷn Peninsula is a true jewel of the UK’s coastline, both ecologically and aesthetically.”

The Neptune Coastline Campaign was launched by National Trust in 1965 with the aim of acquiring and protecting the coastline of England, Wales and Northern Ireland and their coastal heritage and habitats.