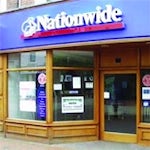 The building society is consulting with all five members of the department, including sponsorship manager Chris Hull. Alternative roles are being sought for those affected.

Nationwide has also ended its backing of the Scotland, Wales and Northern Ireland teams, bringing to an end its support of football that also included a stint as title sponsor of the top tier of the England FA’s non-league structure and a spell as Swindon Town FC’s shirt sponsor.

Nationwide head of brand marketing Alastair Pegg says the sponsorship team members were hired because of their football expertise during its involvement in the sport.

“Sponsorship is still a legitimate part of the marketing mix,” he says. “But there is no immediate plan to return to football sponsorship.”

When Nationwide ended its agreement with the Football Association to sponsor England, it said it was “re-focusing its marketing priorities” to look at arts, music and cultural properties in addition to sport.

It is understood that Nationwide refused to match the FA’s asking price for the lead partnership. The FA has still to replace Nationwide.

The building society sponsored the Mercury music prize for four years before Barclaycard took over in 2008.