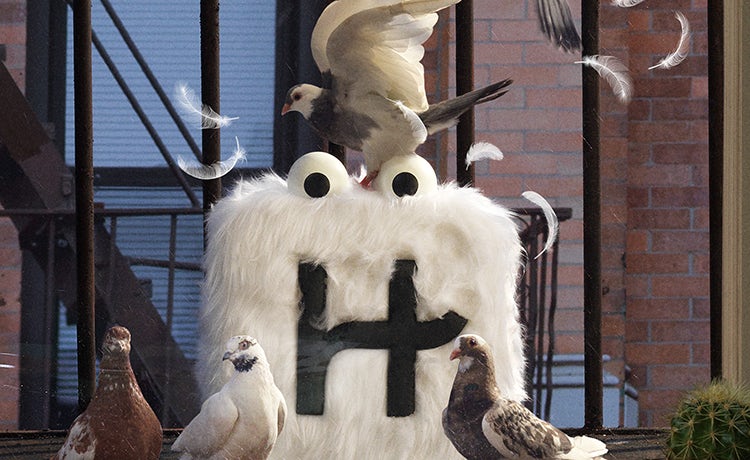 Why dating app Hinge wants to be deleted

Over the last 10 years, online dating has undergone a revolution. No longer is it embarrassing to admit you met your husband/wife/boyfriend/girlfriend/partner/current crush online. In fact, if you’re single and aren’t online dating friends will likely try to offer advice on which dating app is right for you.

The growing popularity has led to a proliferation of services all trying to distinguish from one another. And Hinge is no different. Owned by dating behemoth Match Group, its USP is that it’s the “dating app for people who want to get off dating apps”, selling itself as a place to find a relationship rather than a one-night stand.

As with many digital services, having grown mostly by word-of-mouth up until now, it is launching its first major international marketing campaign to ramp up growth. That campaign aims to bring to life its ‘designed to be deleted’ mantra, and so the brand has animated its app icon Hingie and then shows it dying in multiple ways as people meet.

Hinge was already the fastest-growing dating app (in terms of downloads) in the UK and no doubt a major marketing campaign will boost that. But as with all dating apps, long-term it will need to prove it works to beat out the competition. SV

READ MORE: Why dating app Hinge wants to be deleted 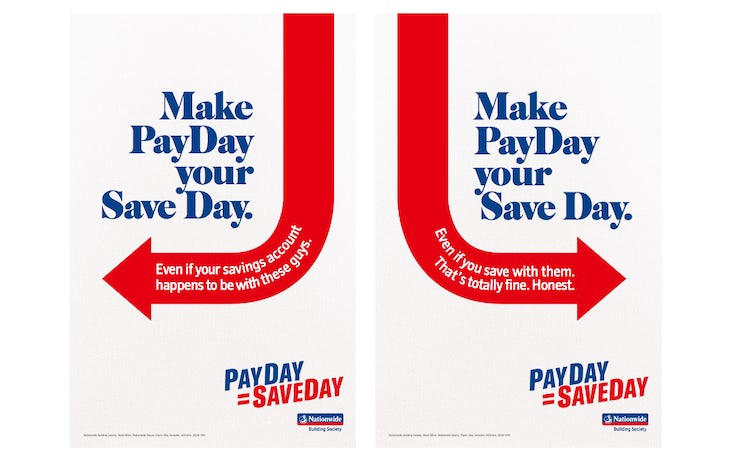 Let’s be honest: banking is boring, especially when it comes to a mundane task like saving. But it doesn’t have to be.

Banks are notorious for making the conversation around saving sound parent-like or nagging, according to Nationwide, but the company hopes that by taking a humour-driven approach with its latest campaign it will encourage Brits back into saving.

The building society enlisted a number of up-and-coming stand-up comedians for its ‘PayDay SaveDay’ campaign, designed to make savings relatable. To produce the advert Nationwide filmed a stand-up comedy night where comedians took the theme of savings and put their own personal spin on it.

It is a welcome relief to see a business within the financial industry produce something with humour and relatability at heart.

Interestingly, Nationwide is looking further than just reaching its own customers. Instead it believes Britain’s inability to save has reached alarming levels so it’s placing ads near competitors’ branches to encourage consumers to talk to their own banks about saving.

The idea for the campaign was devised after research revealed 11 million Britons have less than £100 saved. But whether Nationwide can achieve its core objective and help lower those figures will definitely depend on whether Britain has a sense of humour. EL 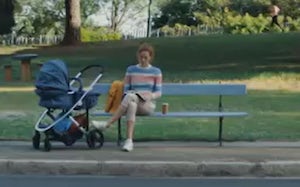 Volkswagen and Mondelēz-owned Philadelphia became the first brands to have ads banned under the ASA’s new gender rules, which has ruffled some feathers across ad land and beyond.

“Surprising” and “concerning” were some of the words used by peer industry bodies, while others raised concerns over the UK ad regulator taking on the role of the “morality police”.

The Twitterati, meanwhile, took it one step further and likened the ASA to the Ministry of Truth in Orwell’s 1984.

Which has raised the question: was the ASA right to ban these ads or has it gone a step too far?

It’s a tough one to call. While the ads do portray gender stereotypes on various ends of the spectrum, whether they cause “real world harm”, as the ASA’s ruling says they do, is another matter. Even the ASA itself has acknowledged not all gender stereotypes are problematic.

But the gavel has been hammered and the initial benchmark set. Although the ASA says it hopes these first two rulings will show where the “boundary lies” when it comes to depicting gender, it still all feels a bit foggy and unclear.

The next few rulings should help to clear the fog and give brands a better idea of where the line is (and probably ruffle many more feathers). EH

Remember those sultry Galaxy ads? You know the ones with a woman sitting leisurely on the sofa as she delicately bit into one piece of chocolate? That big bar of chocolate she’d secretly hidden away for so long, waiting for the right moment, when she really deserved it, with no-one home to watch, to indulge in that one tiny piece of the milk chocolate bar.

Well those days are gone as the brand has realised that perhaps that isn’t the experience of most people who buy a giant Galaxy bar. Instead it is reflecting the struggles of women with its new ‘You Can Do It All’ campaign.

The ad shows a woman trying to excel at her career, motherhood and being an activist before eventually deciding she just wants to relax and have a Galaxy bar.

Galaxy say it wants to depict indulgence in a different way which is more relatable for a new generation. The move is a proactive one that sees it try to engage younger consumers who crave authenticity.

However, the new ad is only one part of a bigger plan to seduce younger consumers. Innovations, such as Galaxy Darker Milk, are key to attracting Gen Z as the brand taps into consumers’ changing tastes – with more in the pipeline.

This is arguably a better move to attract consumers. The ad is a good step change but the star is noticeably still very beautiful. Galaxy could do well to follow in the footsteps of Dove and Venus and get real women, of all shapes and sizes, in its ads. MF

Disney pushes ahead with video subscriptions plans with new hire 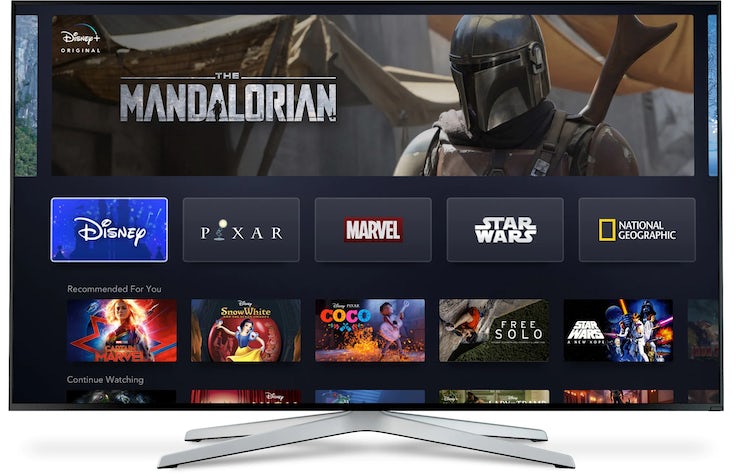 Disney is pushing ahead with plans to launch its video subscription service Disney+ in Europe, hiring Sky CMO Luke Bradley-Jones to run the business across Europe and Africa.

Bradley-Jones comes with a wealth of experience in launching new media services. At Sky he led the launches of services including Sky Store, Sky Go Extra and Sky Q, while at BBC Worldwide he helped to launch BBC.com in the US and build out its video-on-demand business.

Disney will need that expertise as it looks to enter an increasingly competitive online streaming market. Netflix and Amazon Prime currently dominate, but content owners like ITV, the BBC, WarnerMedia and Disney are now keen to gain a foothold as traditional TV audiences slowly decline.

Having ceded early control of their content to Netflix and Amazon Prime in particular, Disney et al are now taking back rights to their own TV shows and movies with the hope a strong back catalogue of content from big brands will entice customers to sign up. But as the market splinters, competition for users’ monthly streaming dollars will ramp up and companies will need deep pockets to come out as eventual winners. SV 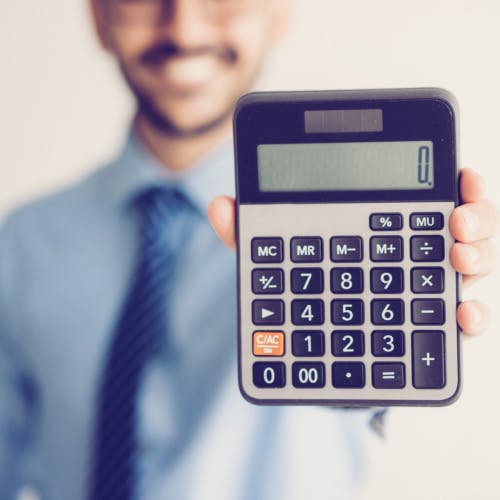 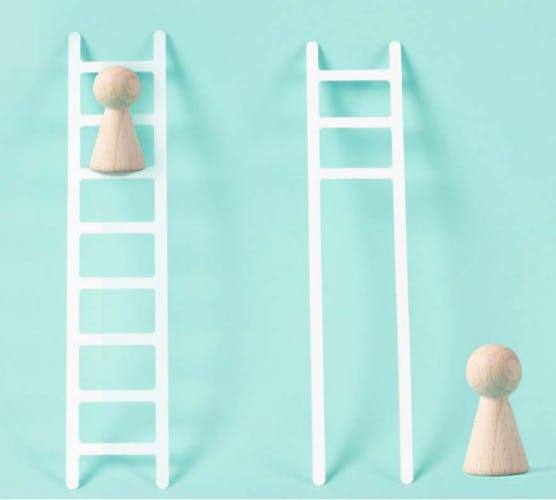 Before climbing up the benefits ladder marketers need to focus on getting the simple things right. 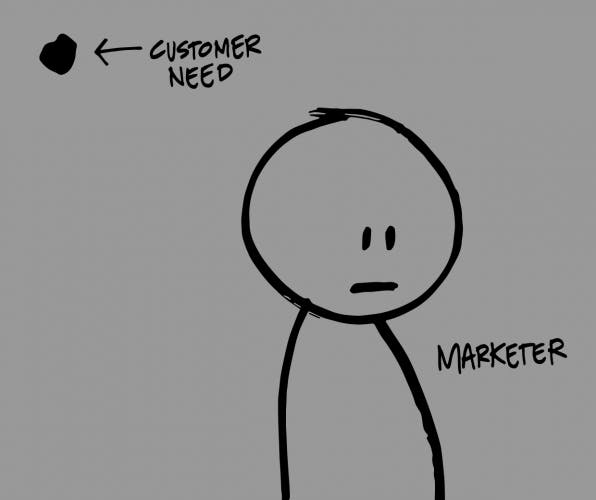 With investment in customer research on the decline, marketers are not addressing the basics, let alone testing new techniques like behavioural science, which means brands are missing what consumers want.