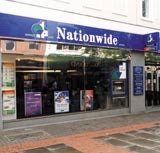 The review, which is likely to take place by the end of this year, is believed to have been precipitated by Nationwide’s promotion of Peter Gandolfi, its former head of sponsorship, to the new position of head of brand development earlier this month. Gandolfi, who oversees all advertising and sponsorship activity, says: “I am looking at the whole portfolio, and part of this is external agencies.” Gandolfi claims he does not intend to move out of Leagas-Delaney “at this moment in time”.

The marketing review follows Nationwide’s shock at being pipped by Coca-Cola to sponsor the Football League, after the drinks giant’s last-minute deal ended Nationwide’s eight-year association with the organisation (MW March 4).

The loss of the account would be a serious blow for Leagas-Delaney London, which has seen an exodus of high-profile clients in recent years, including Adidas, the BBC, Harrods and Hyundai. At the end of last year, the agency restructured from Leagas Delaney London to Leagas-Delaney London following advice from accountants and lawyers. Leagas-Delaney says it is shooting ads for Nationwide and it does not believe it is being reviewed.

Nationwide is the UK’s third-largest mortgage provider behind Halifax Bank of Scotland and Abbey, taking nine per cent of mortgage lending in 2003. The building society uses Mediaedge:CIA for its media planning and buying and direct marketing agencies Citigate Albert Frank, Ping and Tribal DDB. It is believed these could be subject to a future review.