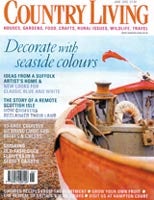 The National Magazine Company (NatMags) has closed its division set up to sell advertising for its parent company Hearst Magazines International. The move comes less than a year after the division was created.

The sales operations will now be co-ordinated through Hearst’s New York offices.

The decision has led to the redundancy of NatMags director of international business development Alex Riha and the closure of its London sales office.

When the international division was created last year, to sell global advertising packages outside the US, it marked the first time that Hearst had combined all its properties into one sales package.

The first deal struck by the division was for 60 advertorial pages for the Nokia 8310 mobile phone in the January 2002 issue of Cosmopolitan, covering 20 editions in the UK, Europe, the Middle East and South Africa. The creative director of the London sales office, Donald Dingham, has been made redundant.

A decision about the future leadership of the Luxury Group has yet to be made.