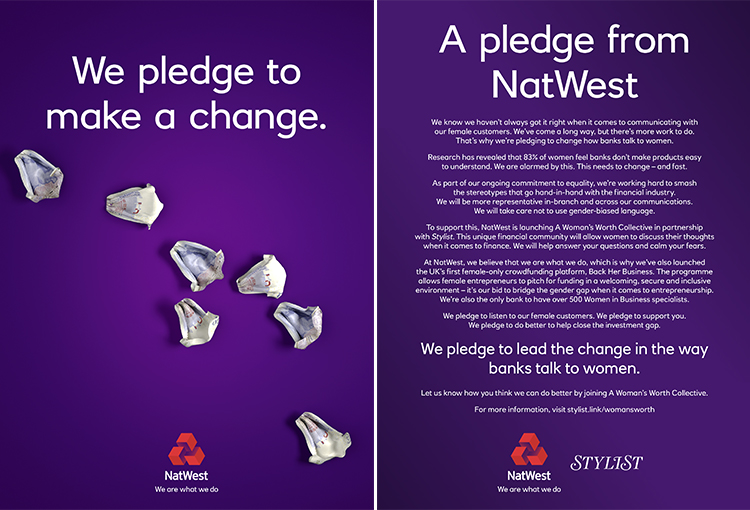 NatWest is aiming to tackle the “huge” financial confidence gap between men and women with a campaign that apologises for the way banks have spoken to women in the past and promises to lead change in the sector.

The campaign kicked off with a PR stunt this morning (22 May) that saw men dressed as traditional bankers in pinstripe suits and bowler hats handing out letters to commuters. The letters admit the banking sector owes women an apology for “patronising you, ignoring you, talking to your husbands, fathers and brothers instead of you and making far too many suggestions that your earnings and expenditures are meaningless and trivial”.

On the reverse is a pledge from NatWest to “lead the change in the way banks talk to women”. Through a partnership with Stylist, it is launching a collective, called ‘A Woman’s Worth’, that will enable women to discuss their thoughts when it comes to finance and make suggestions on what banks can do better.

Alongside this, NatWest has pledged to “smash the stereotypes” that exist in the financial industry, be more representative in-branch and across its comms and help to close the investment gap.

The campaign is based on data from a YouGov survey, which finds 83% of women don’t feel banks make products easy to understand. Separate data from Kantar finds just 24% of women would describe their engagement around financial investments as ‘high’, compared to 43% of men. Closing that gap by improving women’s engagement by just one confidence decile represents a market worth £12.4bn for millennial women and £24.4bn for Gen X women.

Women feel they haven’t been spoken to by banks in the past in a way that they have been able to engage with. NatWest wants to play a leading role in fixing that.

Speaking to Marketing Week, Emma Isaac, NatWest’s director of brand marketing, says: “Women feel they haven’t been spoken to by banks in the past in a way they’ve been able to engage with. NatWest wants to play a leading role in fixing that.”

NatWest believes it should play that leading role because its own data shows women “have a preference” for its bank. Its wider brand platform ‘We are what we do’ also positions it as a “proactive bank”, says Isaac, meaning it feels it is important to “take an active stand”.

“We have an opportunity because we have insight that shows women already have a preference of NatWest versus our high street competitors so we want to build on that to ensure our female customers do become advocates,” she explains.

“We feel it is really important to take an active stand and do something that will really make a difference, both at a societal level but also at a level where we are connecting ever more deeply with our customer base. It makes both ideological and commercial sense for us to do this kind of campaign.” 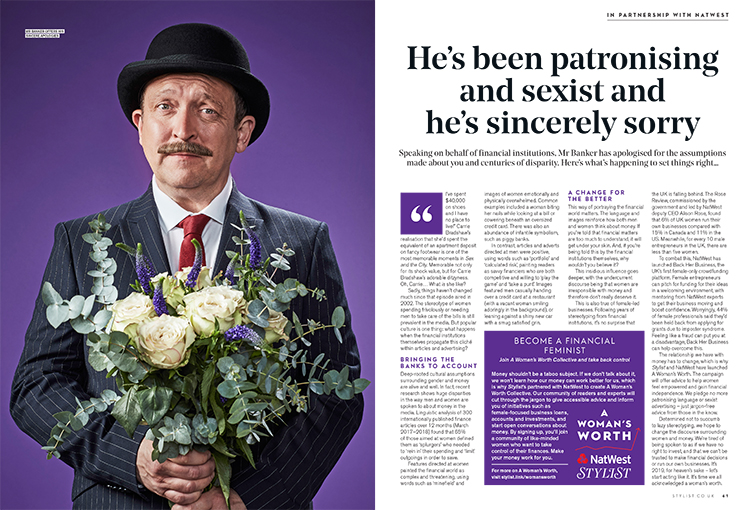 As is often the case when brands take a stand, reaction to the campaign has so far been mixed, with some praising the bank for taking on the issue while others have called the campaign itself patronising. Isaac says the brand was prepared for this and despite some negative feedback “will carry on”.

“[The campaign] is courageous and with courage comes vulnerability. We acknowledged this could come with some polarised views, however it is only the beginning, we are committed to the campaign as much as we are committed to becoming the bank that is really leading the change in the way we talk to women.”

NatWest hopes its own track record on equality can add authenticity to the campaign. It already has more than 500 women in business who help female entrepreneurs overcome barriers to starting a business and has done work on the ‘imposter syndrome’ women can feel.

Plus it champions women’s voices through its sponsorship of the Women’s Prize for Fiction, has targets for female representation at senior level (and a deputy CEO and CFO who are women) and works with Free The Bid to ensure women directors are always shortlisted in creative work.

The hope is the campaign will boost the appeal of NatWest among women.

“We want NatWest to be seen as the bank that is really making banking better for women. The internal work we are doing gives us the authenticity to truly stand behind that. The two things work together because it has to be genuine, from the inside out, otherwise we know our customers would see through that,” says Isaac. 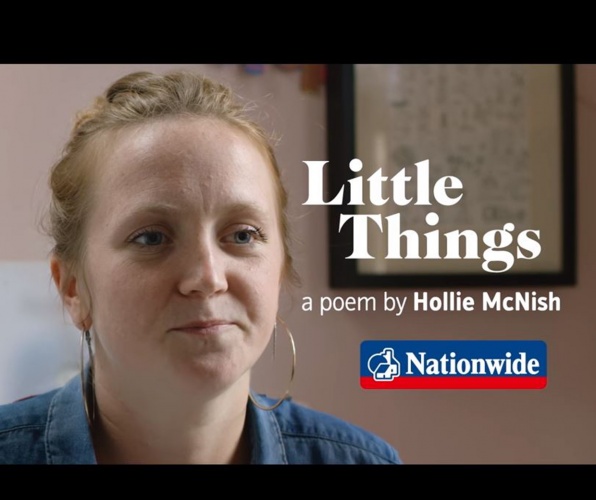 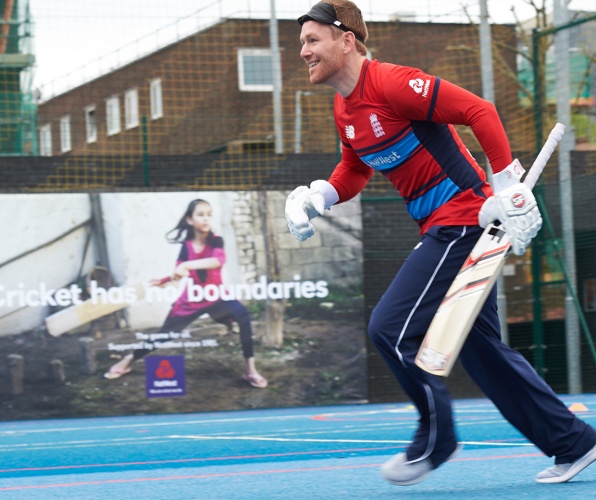 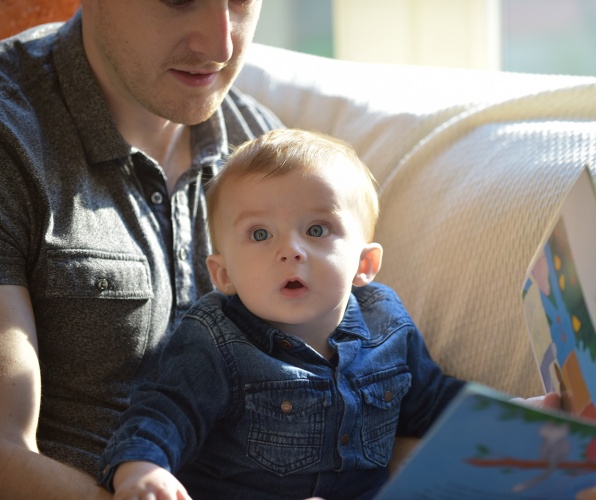