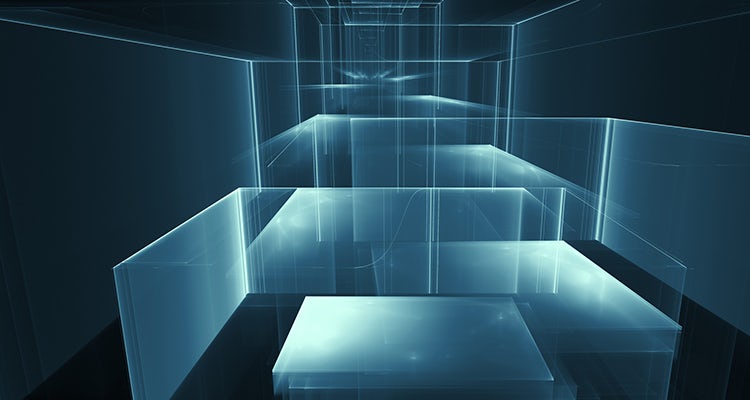 After agonising over the best marketing technology (martech) to invest in, marketers clearly want to make sure that they have made the right choice. In this third and final instalment of our series, we explore what it means to have got implementation right, and what metrics need to be put in place to prove it.

Scott Brinker, who runs the Chiefmartec.com blog – home to his annually updated infographic that now records the existence of over 7,000 martech providers – believes marketers have been thinking about this in completely the wrong way.

He says the perceived best practice is to make the most of the the martech you have, trim away underused technology and create the martech ‘stack’ that is most fit for purpose. Most marketers feel they have got their implementation wrong if large parts of their martech remain unused.

But Brinker argues the right implementation doesn’t necessarily make the fullest use of martech, but rather delivers the most value for that organisation. He says: “If a new tool will let us deliver net positive value to our business – and it’s something that the tools in our existing martech stack, despite their ever-expanding plethora of features, aren’t able to provide – then, by all means, add the new tool.”

For our new website, we decided to concentrate on experience and chose online sales, website speed and conversion rates as our KPIs.

What this means is that, no matter how carefully you plan and prepare, there is never going to be a ‘perfect’ martech implementation. And the second thing to understand is that you don’t just hit ‘launch’ and walk away. Martech implementation and its impact on the business continue to change as time goes on.

“Things are going well, we’re discovering new things all the time. Part of the sign of good martech is that it doesn’t provide a finite answer,” says Just Eat’s global performance marketing director, Ian Cairns. “It should evolve and adapt. It should show you things you didn’t realise were valuable – and things you thought were valuable but aren’t.”

Navigating the martech maze: How to ensure implementation runs smoothly

Eyes on the KPIs

This doesn’t mean that martech implementation should rely on a ‘suck it and see’ approach. Often, it’s only after technology has been in place for some time that its impact is felt. If marketers fail to lay the groundwork for expectations at the start of a project, and keep tabs on metrics and KPIs as it progresses, there is potential for it to spin out of control.

“KPIs vary massively depending on the type of project, from those that are easy to evaluate, including revenue, conversion and employee retention, to those that are far harder, like productivity, creative performance, brand sentiment and customer satisfaction,” suggests Phil Geary, CMO at toy retailer, The Entertainer.

“After KPIs have been decided upon at the beginning of the project, there are two vital things to consider. First, that these metrics may prove not to be effective or reliable. If that’s the case, it must be flagged proactively. Only by flagging can they be amended and updated to better reflect goals.

“Secondly, that continuous communication is vital. Sometimes the KPIs will be spot on, but the ROI is just not there. If that is the case, it must be evaluated and shared across the business quickly and efficiently,” he adds.

For The Entertainer, martech was used to improve the customer journey and focus on a mobile-first approach. It had to integrate a large visual component while maintaining site speed and performance when confronted with higher levels of traffic, as well as provide a simple, intuitive way for customers to find products through faceted search and a Present Finder tool.

“[We realised] many major aims, including a reduction in time-to-purchase and greater visibility of our customer journeys,” explains Geary “The increases in site speed, conversion and sales speak for themselves.”

Navigating the martech maze: How to get started

Be open to change

HR GO is a recruitment agency with 40 physical locations and a website for clients and candidates. It engaged a biometrics testing company via its digital agency to use AI to help it identify which parts of its site were underperforming.

“We were doing a redesign and wanted to make the job application process as effective as possible to improve our conversion rate. After doing some benchmarking at the outset, we discovered it was around the 7% mark, which was not great,” explains Sharon Wilding, director of marketing for HRGO.

Its testing revealed that applicants found the website application process very stressful and complicated. The project not only threw up over 1,000 different elements on the site it could change, it challenged Wilding’s dearly-held marketing beliefs.

“What I would take away from this is that my instinct isn’t necessarily right, and that persuaded me that you have to be open-minded about [what martech can do for you].” Wilding explains. What martech did was increase conversions 153% in four weeks and added £770,000 in gross profit.

She also admits that HRGO went into martech implementation without a specific metric or KPI in mind – the opposite of Geary’s advice. But, she says, there was a sense within the business that there wasn’t a lot to lose from taking this first step.

“It couldn’t hurt and there was a degree of trying to increase certainty around [decisions we take]. We didn’t put anything in place to say ‘it has to achieve X’. We knew we needed to be doing better and how to improve decision making. We could have played around, made the changes and taken a lot longer. [Martech] is a way of doing something much quicker with much more certainty.”

There can be a bunker mentality to getting a martech project off the ground. But, once live, martech’s influence starts being felt far and wide. It starts to impact the wider marketing community in the organisation. In global companies, it has to be rolled out to new territories and tackle new challenges.

Just Eat’s Cairns acknowledges that even in a successful implementation, there is still work to be done to make sure the company is getting the most out of it.

“The central team getting it all worked out behind the scenes is great but you need to embed [the martech] in teams’ working lives as far afield as Australia, Canada and Western Europe. It’s not so much about technology then, it’s cultural.

“It’s about working through it with established marketing teams to shift about how they are thinking about marketing but you can only do that once the product has been delivered and people trained on it. Our next step is going to be about how you use messages and targeting and bridge the gap between creativity and data,” he reveals.

Both Wilding and Geary agree that you have to do more than just bring the wider organisation with you at the purchasing stage. Martech implementation is an ongoing, living, breathing, evolving beast.

“Business leaders know digital projects are necessary, but they often don’t know the what, how and when of the process. The majority of boards and CEOs did not get to their position because of their technological background or expertise. They need educating and evidence that a digital project is going to deliver,” says Geary.

Wilding concludes: “We all fit into the digital transformation world where we have to improve the experience we offer people and martech is a part of that journey. ”

Many customers start implementing their martech without a clear idea of what they’re trying to achieve when, really, that clarity is needed up front. But it’s never too late to start working on this.

First, it’s better that KPIs are not typical marketing ones, but relate to the overall business impact – such as revenue. Yes, the objectives need to be clear to the marketing folks but they also need to be shared with other stakeholders, particularly that most important partner, sales.

On top of this, expectations must be realistic. It depends on the type of business but, typically, there’s a lag between the demand your martech helps you generate and the revenue you are able to see. This is bigger in B2B compared to B2C. You should expect to see the impact of martech implementation much faster in the latter.

Agility is also key. As they say, no plan survives first contact with the enemy. Whatever was outlined at the start is going to change and the team needs to be ready to adapt. Realities change and, as you go along, you gain a better understanding of what works and doesn’t work. Plus, the martech market itself isn’t standing still. There are more offerings for more channels all the time. It’s about having a framework in place, around which your stack can evolve.

The space is moving so fast, it makes sense to have a group of people in the organisation that are dedicated to martech. There are typically three roles to fulfil – integration and data, analytics, and business technology. Whether that team is marketing or IT or somewhere in between is up to the company. Based on our experiences with customers, we see that the teams overseeing martech are more effective when they’re closely aligned with the marketing department. That said, marketing and IT always need to work hand in hand.

However it’s managed, taking control of martech implementation means complete immersion, to understand the needs of the business and then explore those needs without any constraints, while looking for technology that fulfils those needs better. 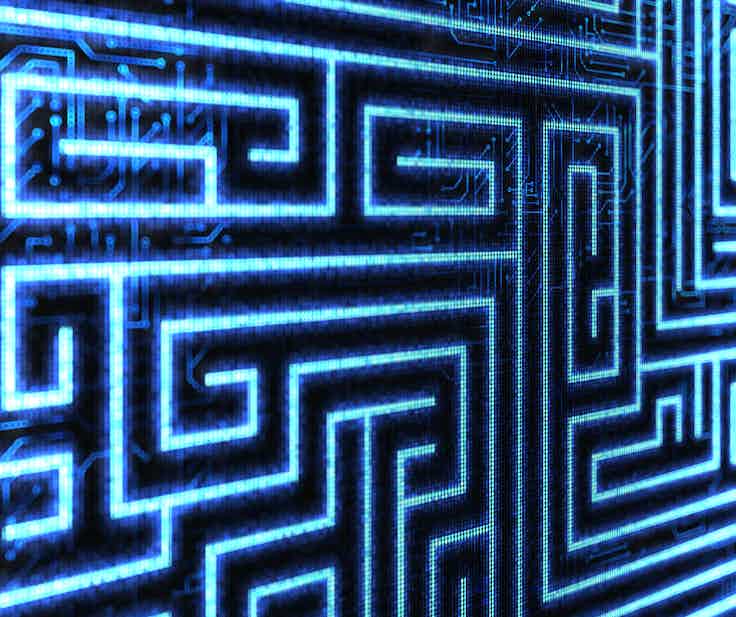 In the first of Marketing Week’s new three-part series, in partnership with SAP, we chart the journey of buying marketing technology, giving marketers the guidance they need to avoid hitting dead ends. 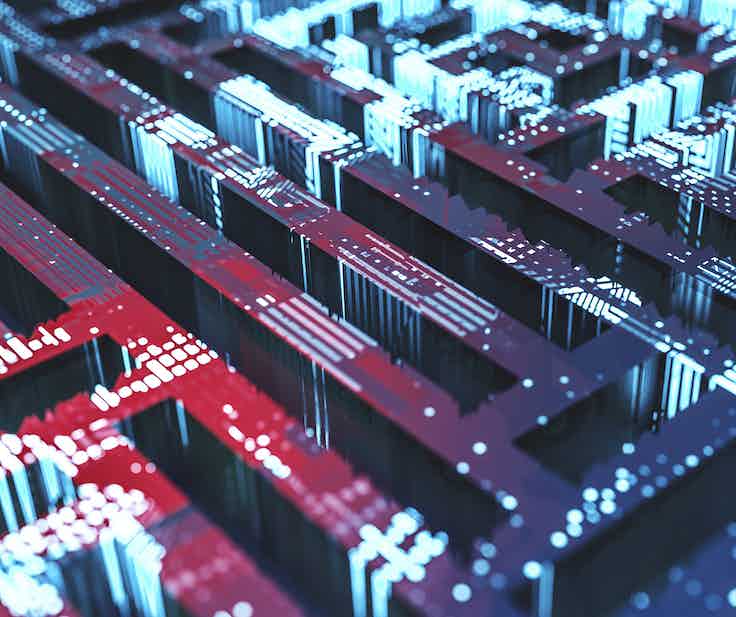 In the second of our three-part series, in partnership with SAP, we find teething problems are par for the course with martech and something to prepare for from the start. 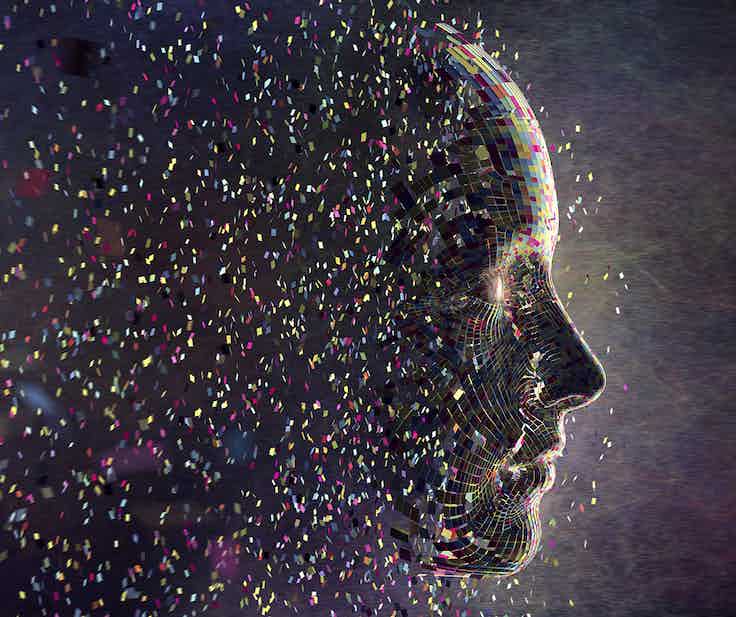 Beware of letting the tail wag the dog: technology is integral to modern marketing but tools are no replacement for strategy.