The “Win a Big Start for a Friend” campaign, launched earlier this year, gave consumers the chance to nominate a friend or family member who “deserves a great start to their day” to then receive a number of surprises from the brand, caught on film.

The campaign is an effort to push the brand’s morning-focused positioning by showing how Nescafé can “help Britain get its morning off to the best possible start”.

Olivia Lumley, brand manager for Nescafé Original told Marketing Week: “Ultimately, if our audience are enjoying the campaign to a degree that they like and share and engage on social platforms, this demonstrates the campaign has been successful for us.

“The resounding success of Big Start in 2015 has pushed us to consider how we can take Big Start to the next level in the future.”

The brand says the campaign took a different approach to the traditional on-pack promotion by removing the purchase element and “using this as another media platform”, according to Lumley.

“As we continued to develop the idea, it became clear that there was real scope to drive this on digital. We have been really pleased with the way the campaign has performed on this platform,” she said.

She added that digital will continue to be a huge focus for the brand.

“As our first digitally-led campaign from a media perspective, it was important that we could achieve the engagement from the social platforms to help us define success. We are continuing to create content that our consumers can engage with and share.” 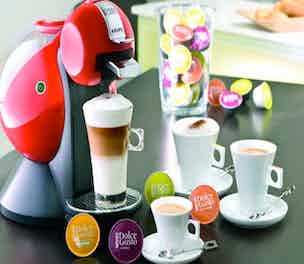 Nestle is brewing up a unified approach to marketing its Nescafe coffee brand worldwide in the hopes of kickstarting weak sales as it looks to protect its market-leading position in the $$81bn (£47.4bn) category. 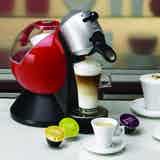