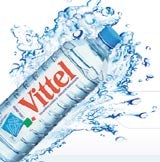 NestlÃ© Waters UK is launching a bottled water called Aquarel at the end of 2006, soon after it embarks on the relaunch of its existing water brands Vittel and Buxton next summer.

The company is first trying to address the problem of lack of production capacity, which led to distribution problems for the two brands this summer.

According to industry sources, NestlÃ© stopped producing 50cl bottles and multi-packs of 25cl of Buxton for a short time because of problems with production. A spokeswoman for NestlÃ© Waters admits there were production problems in the summer and says the company is investing &£10m in the Buxton plant to increase capacity.

Aquarel, originally planned for a summer 2006 launch, is being put on hold until the final quarter of 2006 while the problems are ironed out. In the meantime NestlÃ© water brands, which has a marketing spend of &£1.25m in the UK, will relaunch Vittel and Buxton in new bottles.

An industry source says: “It is a good time to be launching a new bottled water, but we needed to hold any launches until the problems from last summer were sorted out.”

Buxton and Vittel are the fourth and fifth largest sellers respectively in the UK bottled water market, after Danone’s Volvic and Evian and the independently owned Highland Spring, according to Mintel. The market itself was worth &£1.6bn last year and value and volume growth is expected at eight per cent this year.