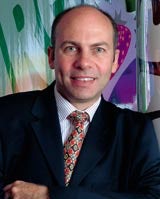 It emerged this week that Newton’s role has been axed and his responsibilities have been taken on by consumer communications manager Mike O’Reilly, who joined this week, and brand group marketing manager Deidre O’Donoghue.

Newton was moved into his newly created role by then marketing director Andrew Harrison in January 2003. He was previously marketing manager for Kit Kat and his promotion was part of a restructure, which introduced a second tier of marketers between Harrison and the brand teams.

White, who joined Nestlé in December, has restructured the department to bring it closer to the rest of the business. White will review all of the division’s advertising as part of an overhaul of the company’s strategy. Some accounts may move between roster agencies J Walter Thompson and Lowe.

Newton had worked across the Nestlé portfolio and had was responsible for campaigns for After Eight and Rolo, as well as the recent Kit Kat work.