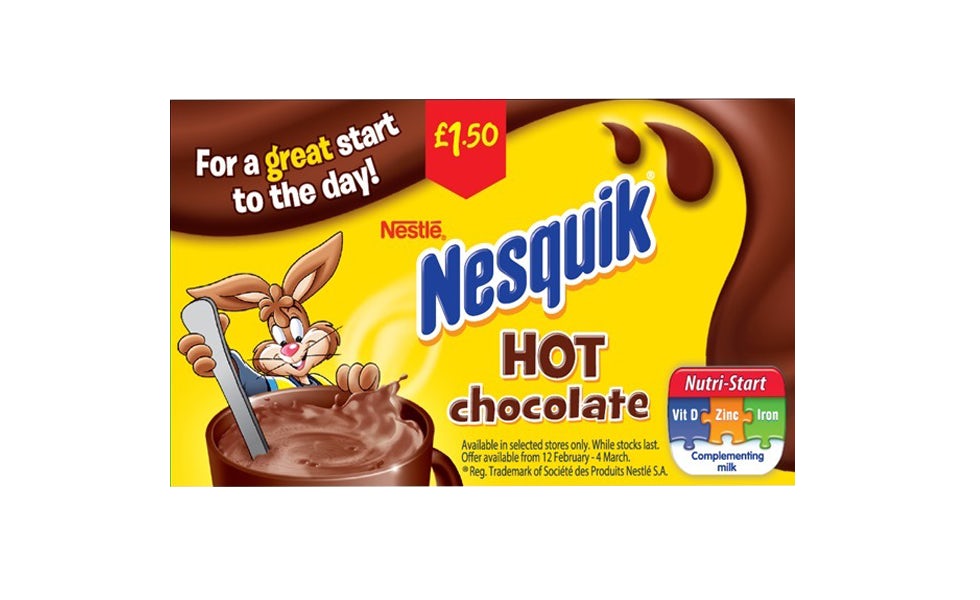 The ad in question appeared on Asda’s own brand milk labels and showed the price of the Nesquik product at the supermarket chain as well as an image of the Nesquik bunny stirring a cup of hot chocolate.

Sustain, which runs the Children’s Food Campaign, challenged whether the ad, in particular the child-friendly equity brand character and the claim ‘for a great start to the day’, encourage poor nutritional habits in children.

In mitigation Nestle said the bunny was not the main focus of the ad and had, in any case, been carefully designed to convey a physically active character that could promote a healthy lifestyle. They also pointed out that the label was targeted at adults shopping for the family, not at children.

On the claim ‘for a great start to the day’, Nestle said it did not encourage excessive consumption and that if an individual’s sugar intake was moderated, Nesquik could provide an important source of calcium and other nutrients. They also highlighted that EU Pledge (a voluntary industry initiative) had identified Nesquik as a ‘better for you option’.

Nevertheless, the Advertising Standards Authority (ASA) said the slogan suggested the product had a general benefit to health and that this was only acceptable if accompanied by a specific authorised health claim. It ruled it breached the CAP code on food supplements and associated health or nutritional claims and told Nestle it must not appear again in its current form.

The ASA also told Nestle and Asda to ensure that future marketing did not make general health claims unless they can be substantiated and that they do not encourage poor nutritional habits in children.

In response, Nestle says: “We are committed to advertising responsibly and as a result we are disappointed with the ASA’s ruling.

“The advert for Nesquik Hot Chocolate shown on the label of a family-sized bottle of milk was undoubtedly targeted at adults who were shopping for their family, making it clear that the product should be consumed over a number of days, rather than in excess. We therefore do not believe the advert encouraged poor nutritional habits in children.

“We wholeheartedly believe that ‘For a great start to the day!’ is an appropriate statement. However, we always listen to concerns when they are raised. Therefore, as a responsible manufacturer and to remove any ambiguity in future, we will no longer use the statement: ‘For a great start to the day!’ in our UK advertisements and are actively looking for solutions to help us reduce sugar.”

With senior marketers from the likes of Mastercard, Nestlé and Tui attending, here are the three key takeaways from Marketing Week and Econsultancy’s Get With Programmatic event. 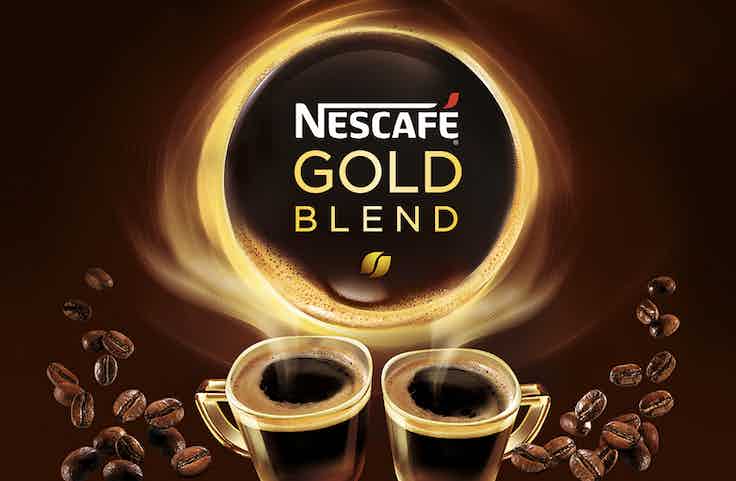 Cannes Lions 2015: Being a consumer-centric brand, using the audience to tell stories, and better serving customers by collaborating with the right partners is on next year’s agenda for marketers at these top brands.