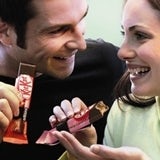 Nestlé Rowntree is investing £5m in a revamp of its flagship Kit Kat brand to persuade UK consumers that the chocolate bar is still an essential part of taking a break (MW last week).

The Swiss food giant saw sales of four-finger Kit Kat bars drop by 25% in 2005 (AC Nielsen). An industry insider says the slump has forced the confectioner’s new management team to refocus on Kit Kat’s core brand values in a bid to claw back sales.

One retail insider says: “Nestlé has lost the afternoon tea market, which is its own fault. It kept changing its strategy for the brand. It only just scrapes into our top 20 best-selling bars.”

The revamp, expected to happen in the autumn, will take the brand back to basics by whittling down the number of limited edition variants, such as blood orange and lime, and increasing the focus on the key products – four-finger, Chunky and Editions.

This strategy should help make it clearer to consumers what Kit Kat is about, according to an advertising agency source. She adds: “There was so much new product development under [former managing director] Chris White that people got confused about what Kit Kat actually was.”

Paul Cousins, founder of consultancy Catalyst Marketing Services, says that “so-called” product development through new variants is the “single biggest problem” in packaged goods marketing, as it “doesn’t help grow the brand – it causes a blip in sales and then erodes profitability”.

Nestlé is planning to focus the brand’s advertising and marketing on encouraging consumers to get back into the “ritual” of having a Kit Kat at break time. Yet one industry insider says it is not clear if the “Have a Break” strapline will be used in the campaign, which will focus on the afternoon ritual. Nestlé denies the slogan is being dropped.

There will also be clearer differentiation between products. Kit Kat Chunky will be firmly targeted at men, and Kit Kat Editions – which will be revamped for the second time in a year – will be aimed at women. The latter bar will be segmented so pieces can be broken off, a feature which is understood to be more popular with women.

The four-finger bar will be targeted at a wider audience, but with a female bias through new products such as Kit Kat Dark, which is seen as a “better-for-you” product. The four-finger, two-finger and Kit Kat Chunky bars will also be wrapped in “foil fresh” packaging to keep the chocolate fresher and increase shelf standout.

Nestlé says that Nielsen data shows sales of four-finger Kit Kat bars are up 16% for the 26 weeks to July 1, and that the changes are just about supporting a flagship brand. But insiders say sales have slipped so far that this increase is not enough to restore them to previous levels.

Industry observers agree that Kit Kat had lost it way, and that a focus on its heritage and core range will be good for sales. But they also point out that Nestlé’s recent new product strategy was a response to retailer pressure.

Interbrand chief executive John Allert, who has worked on Kit Kat, says: “The confusion in the range has been experienced across all packaged goods, and is caused by the trade’s insatiable appetite for segmentation and innovation.”

Allert adds that the consolidation of the range, and the spotlight on what made Kit Kat popular, is “long overdue”. Nestlé will hope that consumers are willing to give it a break while it sorts the brand out.