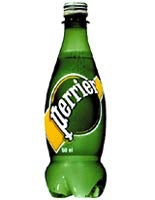 Perrier water will be rolled out in plastic bottles this summer, in an effort to make the brand more appealing to a wider market, especially the rapidly growing impulse-buy sector.

The 50cl plastic bottle – which took 11 years to develop – will be launched across Europe and will be available in the UK from July.

The brand, which is owned by NestlÃ©, is traditionally associated with the cafÃ© and restaurant market.

The launch will be co-ordinated by Ogilvy &amp; Mather.

The traditional Perrier glass bottle, which was famously designed to resemble an Indian club, will still be available in its present litre, 50cl and 33cl formats.

A spokeswoman for Perrier says: “Perrier in glass is designed for more formal occasions. Perrier in plastic is aimed at the huge number of people in the UK who eat and drink while on the go.

“The range of Perrier glass bottles will also be further developed, giving consumers the choice of buying Perrier in either its formal or new smart-casual garb. There is now a Perrier for every occasion.”

Perrier managed to break even in 2000, after recording losses every year since a benzene contamination scare hit sales in the US in 1990.

NestlÃ© predicts that it will sell 16 million plastic bottles of Perrier in 2001, but has an ambitious target of 150 million bottles for the “medium term”.

NestlÃ© is also planning to launch NescafÃ© hot coffee in a can, with a high-profile TV campaign through McCann-Erickson.