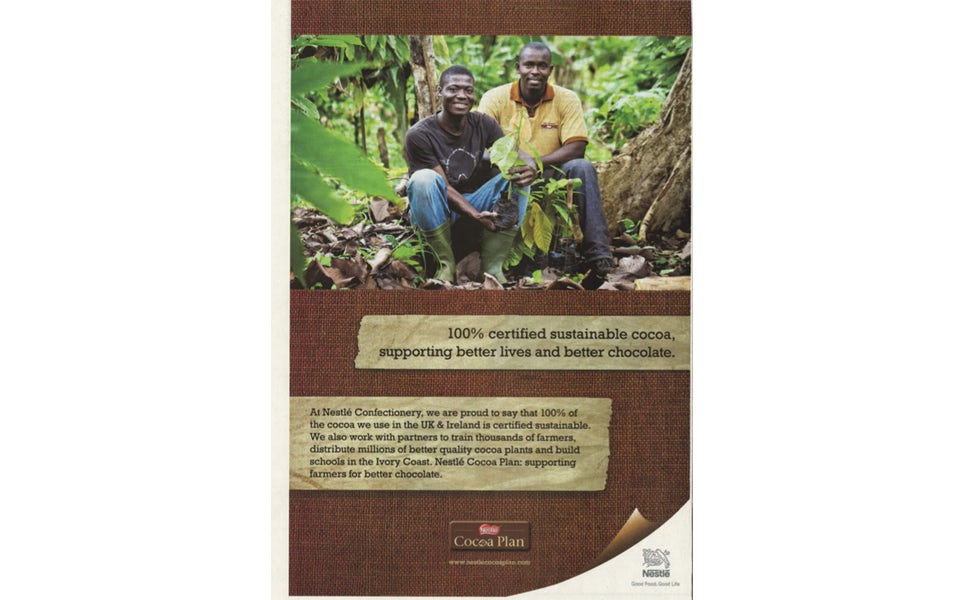 The ad, which was placed in The Sunday Telegraph over the weekend, states: “At Nestlé Confectionary, we are proud to say that 100% of the cocoa we use in the UK and Ireland is certified sustainable. We also work with partners to train thousands of farmers, distribute millions of better quality cocoa plants and build schools in the Ivory Coast. Nestlé Cocoa Plan: supporting farmers for better chocolate.”

Nestlé announced in December last year that it had reached its target to source 100% sustainable cocoa for its chocolate confectionery and biscuits, becoming the first major confectionery company in the UK and Ireland to do so.

As a result, the entire range of Nestlé’s chocolate confectionery and biscuits sold in the UK and Ireland, including KitKat, Aero and Smarties, is now produced using certified sustainable cocoa.

“The Nestlé Cocoa Plan is helping farmers to run profitable farms, support the elimination of child labour and ensure a sustainable supply of cocoa. Consumers here in the UK can enjoy their favourite products with the confidence that they are made with cocoa that comes from 100% certified sustainable sources”.

Nestlé UK and Ireland works with both UTZ Certified and the Fairtrade Foundation for independent certification that the cocoa is sourced and produced sustainably on farms with safe working conditions.

The UTZ program is designed to improve producers’ lives and offer a flexible and cost efficient sustainability programme to the industry. UTZ certified farmers are trained to grow better crops, generate more income and create opportunities for their families whilst protecting the environment. Companies, on the other hand, are able to secure their supply in the future.

In 2009, Nestlé announced that over the next 10 years it would invest CHF 110 million into plant science and sustainability initiatives as part of its broader Nestlé Cocoa Plan, which was developed to support small scale cocoa farmers around the world.

Sustainability as a trend

Nestlé is not the only brand to put an increased focus on sustainability. For example, Unilever announced in June last year that it would be launching a global crowdsourcing community as part of its startup accelerator Unilever Foundry, as it looks to get people to collaborate and aid its sustainability efforts.

In 2014, M&S said it would start sending all its marketing managers on sustainability training as part of a wider push aimed at communicating more effectively with consumers on the sustainability work it does.

The news that adam&eveDDB has dropped the digital designation from all its job titles came as no surprise last week. Despite the prevalence of the D word and the omnipresence of digital planners, digital strategists and digital marketers under every lamp post, nobody in the know ever doubted that the prefix would eventually become an anachronism. 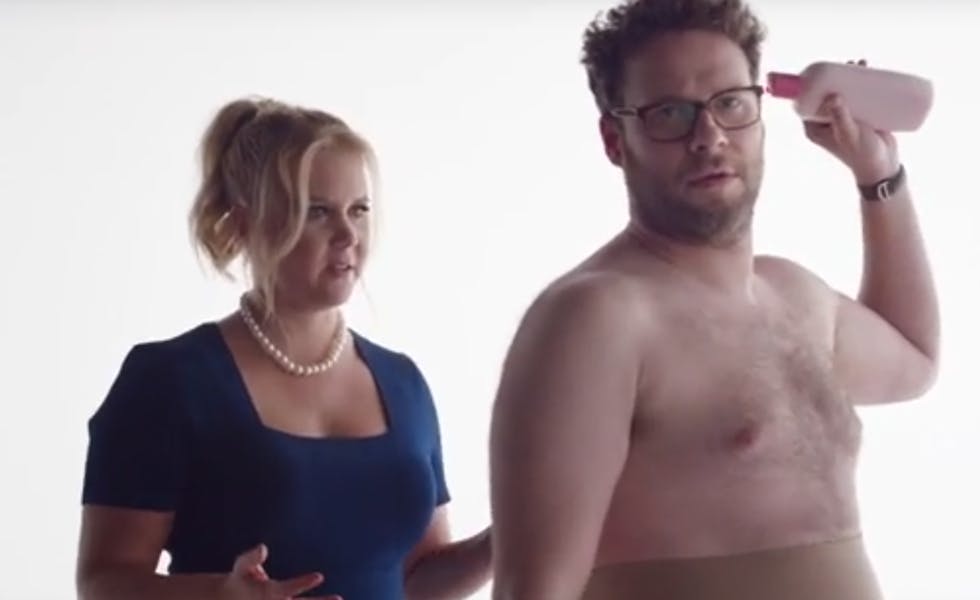