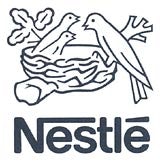 NestlÃ© is considering rolling out a range of novel food products after signing a deal with UK company BioProgress Technology International, which has developed an alternative to gelatin.

The new ingredient will allow NestlÃ© to target brands at people who avoid meat products such as vegetarians, religious groups such as Muslims and Jews, and people with certain medical conditions.

It is not yet clear what new products will be introduced, or whether NestlÃ© intends to replace gelatin in its current food ranges with the substitute. A spokesman for NestlÃ© UK confirms the deal has been signed but would not comment further.

Negotiations between the two companies are being handled by NestlÃ© headquarters in Switzerland. BioProgress has already signed up Boots as a customer of its XGel Film System Technology, the process which produces the gelatin substitute. Gelatin is present in food, cosmetics and healthcare products.

It is still unclear whether gelatin, which is made from the hides and ground bones of cattle and other animals, is a cause of the diseases BSE and new-variant CJD.