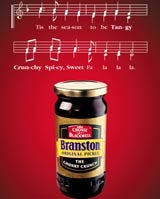 NestlÃ© UK is to review its £60m media account, held by Universal McCann and MindShare.

The move follows the company’s announcement that it plans to sell its ambient food business, which includes the Cross &amp; Blackwell Branston Pickle and Sun-Pat brands.

This week, NestlÃ© confirmed that the director of marketing role, held by Philip Buckman, is to be axed, as is the NestlÃ© Rowntree media manager role in York, held by David Jarvis (MW April 25).

The media account review will be conducted by Buckman before he leaves at the end of the year.

No other agency has been invited to pitch, as the company plans to consolidate the work into one of its existing incumbent agencies.

Stuart Cox has assumed responsibility for the media departments in York and Croydon, including the running of the company’s in-house agency Fairfield, as predicted in last week’s Marketing Week.

Cox will report to the director of communications and corporate affairs David Hudson.