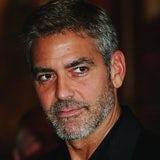 TV ads featuring the two stars, created by McCann Paris, will run up until Christmas Eve in the UK. Robert Rodriguez, director of blockbuster Sin City, has directed the advert.

Nespresso says it has invested “more than ever” in the new above-the-line campaign, which will appear across TV, video-on-demand, digital, national print and outdoor advertising space.

The creative is designed to build brand awareness and drive education of its “quality coffee” throughout the final quarter of 2010.

Footage from the ad sees Clooney on a quest for the Nespresso coffee machine, before being killed by a falling piano. In the afterlife, Malkovich offers him another shot at life in exchange for the coffee machine.

The outdoor campaign will run across London, in The Bullring shopping centre in Birmingham and The Trafford Centre in Manchester. Banner ads will appear on websites such as Vogue.com, BA.com and Telegraph.co.uk.