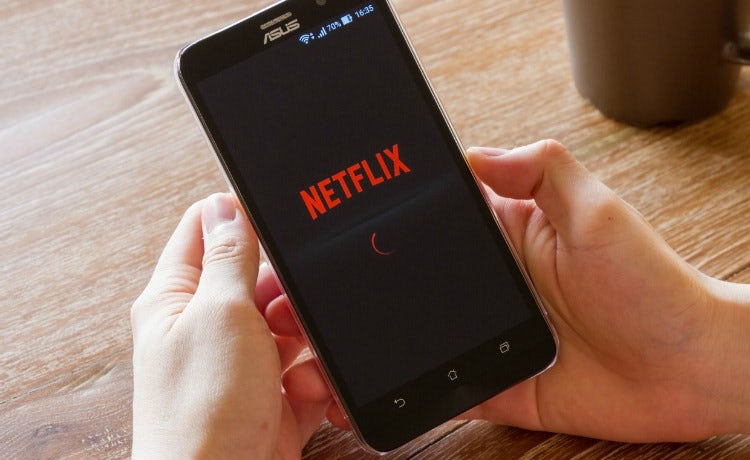 Netflix has leapfrogged BBC iPlayer to move into third place in a list of the top UK brands as its marketing message of quality original content resonates with consumers.

According to YouGov BrandIndex, Netflix had a Buzz score (which measures the positive and negative things said about a brand) of 14 last year. That was enough to push BBC iPlayer, which scored 13.2, outside the top three for the first time since 2014.

“The big story of this year’s top 10 is the increasing power of Netflix. Jumping above BBC iPlayer is significant as it indicates how effective it has been in delivering its ‘quality original content’ message to both new and existing viewers,” says YouGov’s Amelia Brophy.

Netflix came in behind only Aldi and Lidl, which topped YouGov’s rankings for the fourth year in a row with scores of 18.1 and 14.5, respectively. MoneySavingExpert, Yorkshire Tea, Ikea, Marks & Spencer and PayPal make up places five to nine, while Premier Inn takes the last spot in the top 10 for the first time. Brophy suggests the hotel chain’s move away from adverts featuring Lenny Henry has been of benefit.

“In a crowded and competitive market, it has emphasised its balance between quality and value for money,” she add. 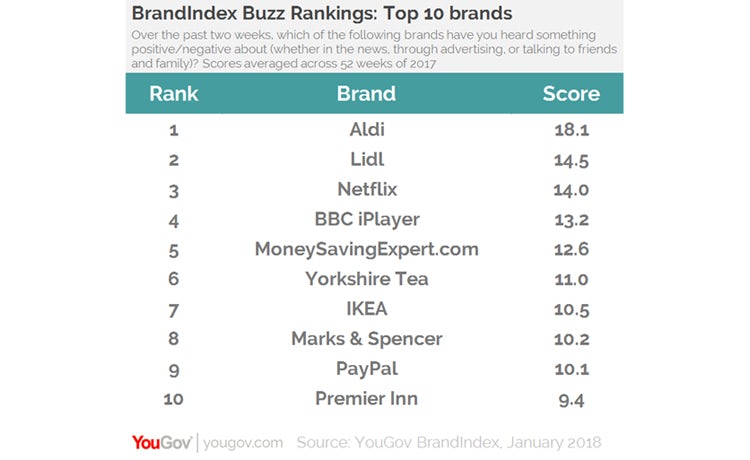 In terms of most improved Buzz scores, BHS tops the list with an increase of 13.8 points, taking its score from -18.9 to -5.1. Sports Direct was second with its score rising by 6.8 points, while Samsung, Apple and Volkswagen were also in the top five.

Brophy concludes: “BHS has been able to adopt a new, scaled down business while Sports Direct has managed to withstand a wave of negative headlines. While neither has yet achieved an overall positive score, their public perception is improving. Elsewhere, while Apple has faced criticism over battery life and the price of its products, the launch of a new phone model generated excitement.” 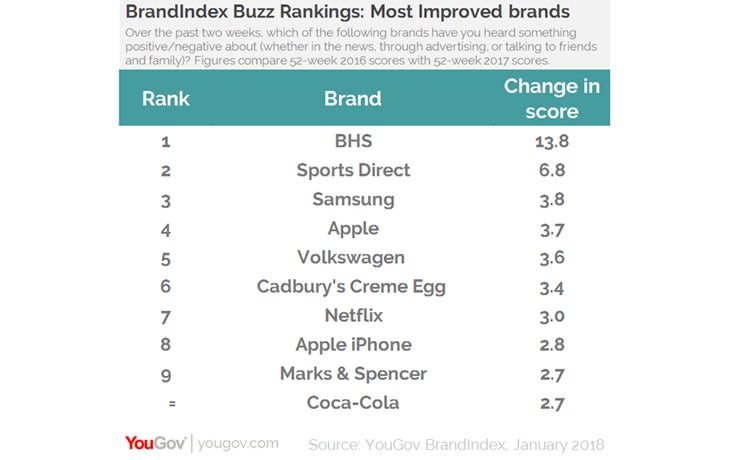 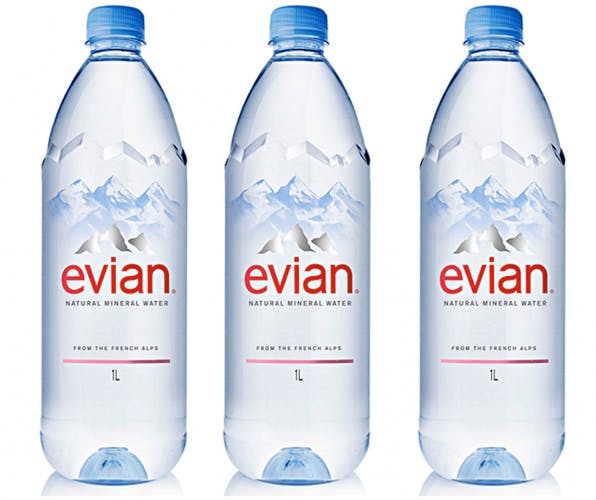 Catch up on all the big marketing news from this week, including YouTube’s move to tighten up ad controls, M&S’s marketing restructure and the launch of JICMail.