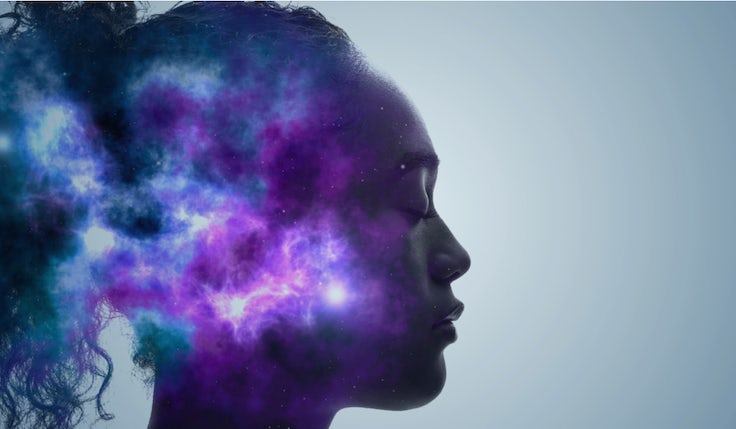 A good story, told under the right conditions, has the power to reframe events in a positive light. People suffering from anxiety and depression are often in the grip of unhelpful narratives, for example, but we can use stories as a powerful therapeutic tool.

What becomes clear as you work to help people find a path out of psychological turmoil is that storytelling is not an afterthought. We do not tell stories to adorn the facts, rather stories are central to the way, as humans, we make sense of the world.

To put it another way, it’s not that we weave our thoughts into stories, rather that our thoughts are the result of the stories we tell ourselves. That’s why it is so hard to think our way out of emotional difficulties.

As we interact with the world, our brain is constantly using the language of metaphor to create (some would say ‘discover’) patterns of meaning. Those patterns generate a set of emotions that create our motivations and often drive our actions. This relates to what Nobel prize winning behavioural economist Daniel Kahneman calls System 1 thinking – although strictly speaking, it isn’t really thinking at all, but rather what we might more accurately describe as emotional processing.

We are in danger not only of making advertising much less effective, but of fuelling an unsustainable (and unhealthy) culture of more rather than better.

This is an amazingly efficient evolutionary mechanism for understanding the world and making ‘best guess’, intuitive decisions very fast.

Just think about how our ability to ‘read’ someone’s facial expression feels instantaneous. It’s not infallible of course, and being able to stand outside ourselves, observe and sometimes challenge our emotional processing is a highly valuable skill. But it takes volition, effort, and practice. More often than not, what appear to be rational thoughts are in reality post rationalisations that we spin to create coherence with our emotional world view.

Neuroeconomist Paul J Zak conducted a fascinating set of experiments that shine a light on how stories affect our brain. A group of people were shown a short emotive animated story about the relationship between a young boy and his father who was struggling to come to terms with the fact his son was suffering from a terminal illness. In the end, he resolves to cherish every last moment they have together.

During the process the researchers took blood samples and discovered the viewer’s brain chemistry literally followed the arc of the story. The opening, in which they learn of the painful situation, was characterised by heightened attention, modulated by the neurotransmitter, cortisol. Then, as they became familiar with the father’s struggle, the respondents grew in their empathy, modulated by an increase in oxytocin.

Even more remarkable, however, was how the story affected the participants’ behaviour. Having watched the film, they were given the opportunity to give away some of the money they had received for attending the experiment to a charity. In another version, they could double their money by giving some of it to a stranger, but they would have to trust the other participant to reciprocate by returning a proportion of the winnings. The amount of money donated or invested correlated directly with the amount of oxytocin in their blood. The rise in oxytocin (highly prevalent in breastfeeding mothers, for example), made the respondents more trusting and more generous.

These experiments clearly show that stories change our behaviour by changing our brain chemistry. Not any story though. A control group of participants were shown an alternative version of the narrative in which the facts were stated alongside footage of the father and son enjoying time at the zoo. Viewers struggled to maintain attention, did not release oxytocin and were less generous/trusting with their money.

Nature has programmed us to respond to a universal story arc. We pay attention to something that raises uncertainty because it might be something we need to face in the future. Then we learn by emotional simulation – in other words, empathy. Finally, a satisfying ending delivers a boost of feel-good serotonin to make sure the message lands. Story is the perfect, neuro-chemically modulated metaphorical memory making process.

Advertising isn’t life or death, but you can see this process echoed in many John Lewis Christmas ads, for example. How will the little girl prevent Edgar the Dragon from burning down the whole village, and in so doing prevent her friend from social isolation? We empathise with Edgar through the girl’s eyes as his exuberant efforts to be accepted end up terrorising the very community he wants to accept him. Finally, a thoughtful gift (the Christmas pudding) resolves the story.

As this quote from the YouTube feed demonstrates, it is a story crafted to light up the empathy and trust circuits in the viewer’s brain: “This is just so cute. This could also be a metaphor for those kids that never quite fitted in but would feel the spirit of Christmas regardless.”

Zak’s experiments show the success of this model of advertising uses the language of ‘here and now’ neurotransmitters like oxytocin. This is the chemistry of a good hug, a meal with friends, of feeling connected. It is not hard to see why these might be important emotions when it comes to sustaining a long-term brand preference.

If we are going to intrude uninvited into somebody’s life, we should be straining every sinew to be uplifting, helpful, interesting and entertaining storytellers.

These are not however, the neurotransmitters that provoke immediate action. For that we have to turn to entirely different brain circuitry, modulated by the most powerful neurochemical of all, dopamine.

Dopamine is associated with optimising resources for the future – it rewards us when we achieve something that appears to enhance our chances of evolutionary success. This is the chemistry of desire, motivation and novelty. It is what drives us to pursue goals and strive to satisfy our urges.

Take our previous example: while John Lewis’s brand advertising encourages us to feel emotionally rewarded for shopping at the retailer (and willing to pay a premium for doing so), it will be targeting us with pictures of lovely sofas, to remind us that our current one may be getting a little tatty. It might well throw in a financial incentive like a sale, then add easy payment terms and next day delivery.

Dopamine fuels our vision of a better life with a new sofa, and motivates us to go and buy one. The dopamine ‘high’ soon wanes and is replaced by the intrinsic pleasure of the actual sofa experience, modulated by our ‘here and now’ neurochemistry which in turn reinforces our positive feelings towards the brand.

A virtuous circle of ‘brand building’ in perfect harmony with ‘activation’ messaging. All understood from the perspective of two distinct neural pathways – let’s call them the ‘satisfaction’ and ‘desire’ pathways. One generates preference, while to put it crudely, the other stimulates appetite.

We know from Professor Byron Sharp and others that when it comes to brands it’s all about saliency and creating ‘mental availability’. Yet, the power of stories not only to create memories, but meaning and therefore value, tells us there is a bit more to advertising than simply generating some relevant positive associations that make the brand easier to think about and buy.

Brands are not responsible for culture. They are there to sell us stuff. But as the internet drives an increased focus on short-termism and a quick return on investment at the expense of long-term value creation, we are in danger not only of making advertising much less effective, but of fuelling an unsustainable (and unhealthy) culture of more rather than better.

And if this all sounds a bit too idealistic in a consumerist world, then at the very least, if we are going to intrude uninvited into somebody’s life, we should be straining every sinew to be uplifting, helpful, interesting and entertaining storytellers.

Laurie Castelli is founder of brand communication company, Castelli and Co, and a human givens psychotherapist and coach. 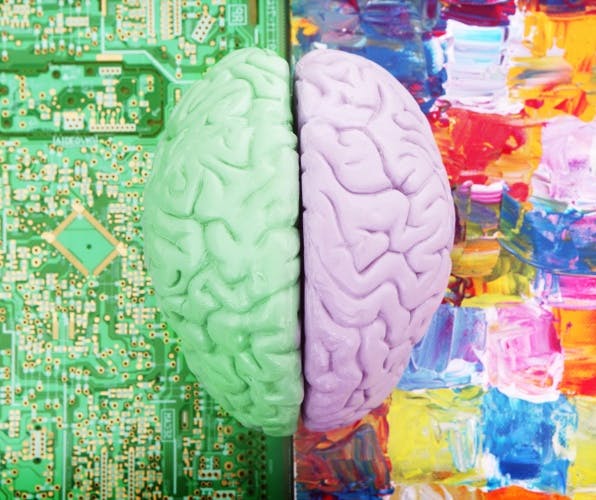 An understanding of neuroscience can help marketers move beyond left/right brain stereotypes.