Young consumers are the most ‘rational’ and likely to spend more time weighing up potential purchases, according to a study by TMW and Marketing Sciences. The agencies surveyed 2,000 people across different age groups ranging from 18 to 24 up to 65-plus and calculated their likelihood to follow particular patterns of shopping behaviour.

The youngest age group is 19 per cent more likely to take more than a few days on buying decisions compared to shoppers aged 25 and older, the research shows. This delay is partly because younger people use more research channels, such as price comparison sites and social media, before making a decision. For example, shoppers aged 18 to 24 use 18 per cent more channels per purchase decision than older consumers.

Dominic Moore, head of TMW Shopper, says young people are generally “credit-averse” and conscious of the need to save money in today’s difficult economic environment. This means they are more likely to carefully research their purchases and take rational decisions based on price and value rather than risk getting into debt.

“We’ve found that with older groups, the rational approach to purchasing is a learned behaviour, meaning that people have learnt it over time,” he says. “But with younger people, it isn’t a learned behaviour, it’s an innate behaviour. They think about and rationalise everything.”

This approach means that brand loyalty is also less important among the 18 to 24 age group. For example, they are more likely than older groups to consider more than one brand across a number of product categories, according to the survey results.

James Foord, vice-president of business development at mySupermarket, a shopping comparison website, agrees that younger people are increasingly likely to spend more time researching their purchase decisions. He notes, for example, that the stigma attached to discount shopping has mostly disappeared.

“For younger people, it’s actually now cool to save,” he says. “It’s almost a badge of honour to say that you’ve visited a site and managed to save some money. Five or six years ago, no one would dare mention that they’d been shopping in a discount store but there’s not that shyness anymore. It’s becoming a way of life and I think the recession has done a lot to fuel that.”

MySupermarket has recently increased its marketing activity in a bid to take advantage of these changing consumer behaviours. Last October, the site released its first TV ad and is now preparing a new mobile app that will launch next month. Foord says mySupermarket aims to provide a convenient and easy-to-use research service.

“Even if you don’t want to use our site for online shopping, the app will be something that you can use in-store or anywhere else,” he says. “It is recognition of the fact that everyone has their own way that they like to shop. It’s multi-purpose so people can still get value no matter how they shop.”

Offering a smooth and convenient service is also a central concern of deals website MyVoucherCodes. The site, which offers discount voucher codes and online shopping coupons, has developed its internal search engine to cater for people who want to conduct in-depth research into their shopping options.

“We’ve made a lot of improvements so that people can search for product terms like laptops, shoes and find vouchers for those things,” says chairman and founder Mark Pearson. “Before, we just used to show our stores, so we’re seeing a lot more diversity in search and what people are looking for.”

Pearson says that while younger people have become increasingly active users of the website, the interest of other age groups has also grown. “When we launched several years ago the first consumer spike we had was female, aged between 25 and 40,” he explains. “Over the years it’s become much more diverse in terms of both younger and older users. Across the board there are now vouchers and discounts available for everybody.”

In addition to price comparison sites and reward schemes, the survey suggests that younger people are using recommendations from their peers about products and services in order to make rational purchase decisions. According to the study, shoppers aged 18 to 24 are 174 per cent more likely to use recommendations on social media than shoppers aged 25 and over.

A number of brands are partnering with social networks in order to facilitate these product-centric conversations. In December, Samsung launched a consumer campaign on LinkedIn to promote the launch of its Galaxy Note II smartphone. The campaign, which is aimed at 20 million LinkedIn members across seven countries, incorporates a dedicated microsite where members can vote on the most important benefits of the device and share their views with their LinkedIn connections.

LinkedIn director of marketing solutions in EMEA Josh Graff says that although students are one of the network’s fastest growing segments, the campaign is aimed at “influential early adopters” rather than a specific age group.

“There are certainly core demographics to our members today but there are no specific character traits for those key influencers other than the segmentation that we’ve done to pull out the most connected, the most likely to share and the most likely to create content in the group,” he says. “Our entire span of members are active because of the professional context.”

TMW’s Moore suggests that consumers’ attachment to certain brands could decline as shoppers continue to draw on different research sources before making purchases. For example, he points to the growing trend of ‘showrooming’ whereby people visit stores in order to browse goods before buying them cheaper online. “Over the past 10 years, we’ve seen a decline in brand loyalty: there’s more choice, more brands, more ways of communicating and more ways of checking and researching,” he says.

Brands are seeking to arrest this trend by tailoring their marketing to consumer shopping habits. In the US, for example, a number of major retailers are working with reward service Shopkick to foster brand loyalty before purchases are even made.

The Shopkick mobile app, which launched in 2010, rewards customers with redeemable points – or ‘kicks’ – simply for walking into one of the scheme’s member stores, which include Macy’s, Best Buy and Toys R Us. Co-founder and chief product officer Jeff Sellinger explains that the app is designed to close the gap between offline and online shopping and bolster brand loyalty.

“Because of Shopkick, people go back to the stores throughout the year,” he says. “Often, all it takes is for people to see a few different things in the store to realise how much they love a brand.”

Our whole ethos is to make the shopping experience as simple and as transparent as possible. It is very difficult to find the best deals because you can only really take the retailer’s word for it and the retailer’s word is not always what it seems.

Things like price alerts and ‘Savvy Buys’ are our way of trying to take a lot of effort away from the customer. We don’t want people to have to keep checking when products go on offer, which is why we send alerts.

Brand loyalty is definitely under threat but that just means there’s another product that’s doing better or is better value. That should be a warning that says that a brand needs to readjust itself. It’s very fashionable for customers to trade down to some of the supermarket own-label products or a cheaper brand alternative. But the really strong brands that have great heritage will still do well.

We’ve noticed that whereas people used to go to Google to search for vouchers, we tend to get a lot more homepage visits now. People come to us as a destination site more than ever before and use it as a voucher search engine to find what they’re looking for.

People are starting to look a lot deeper into the site as well, instead of just looking at the top level, so usability is important. The winners in the market are going to be those that provide their service as smoothly and as quickly as people want it. Shoppers don’t want to waste time.

Consumers have got into a routine where they know there are discounts available and they want to be smart with their money. That’s not going to change. We’re seeing that as people have more money and start spending a bit more, our traffic and revenue is going up because people are still using the same research and discount channels.

Increasingly, the marketers that I speak to across the EMEA region are recognising the value of peer recommendations. Not only that, they recognise the value of doing that in a professional context and the added trust that delivers.

One of the key things with social media is that it enables brands to have an ‘always on’ engagement and dialogue with consumers. There was a study by Harvard Business Review on B2B that said in most instances, a company only reaches out to a potential vendor when they is 60 per cent into the decision making process. So social media enables brands to have a relationship and build engagement in that zero to 60 phase.

Brands can use social media to tap into word of mouth marketing in a digital age. Our members share, recommend and consume great content – one way of looking at LinkedIn is that it’s like a customised newspaper for 200 million people on a daily basis.

When we started the company three and a half years ago we saw that the intersection between physical and mobile was the next area that was set to explode with opportunities for the consumer. For the first time you have a connected multimedia device that you carry with you all the time. That device is only going to get more and more powerful and it has the opportunity to enhance your experience with the physical world.

Consumers have a lot of opportunities today and it’s easy to forget how much fun the physical shopping experience can be. Mobile is making it more fun, more personalised and more rewarding. We’re just trying to make shopping a better experience.

Over time, that’s the promise of mobile. I can’t imagine a day when the next generation of shoppers won’t be using their phones inside stores. Kids today won’t know a world where people don’t use their phones while shopping. 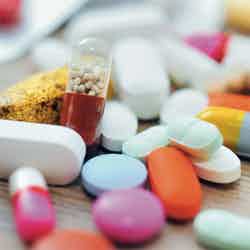 Consumers’ changing attitudes to health and wellbeing means now is the time for FMCGs to boost their presence in this lucrative sector. 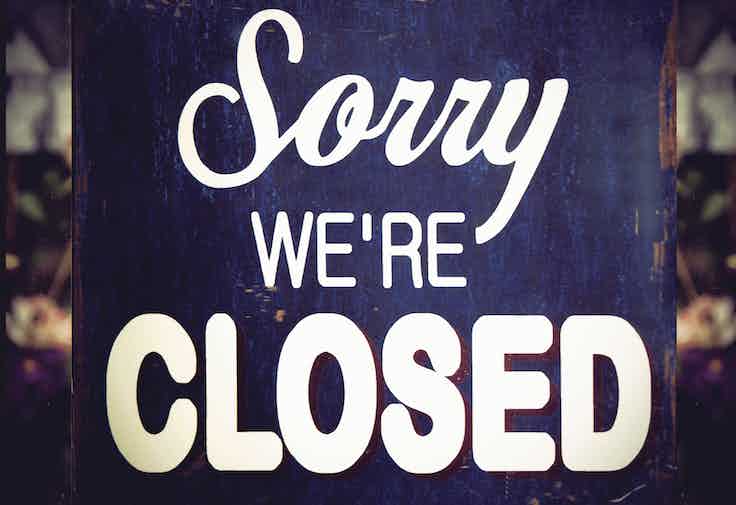