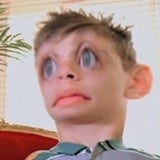 Campina is launching a multi-million pound national advertising campaign for its Yazoo flavoured milkshakes, building on its “milk your imagination” promotion. It involves a number of executions calling on children to campaign against “imagination neglect”.

A cinema ad starts this Friday, and will run for three months alongside children’s summer blockbuster movies. It features Ed-wood, a kid with a plank for a head, who is cured after visiting the Yazoo imagination spa. A poster campaign also features a girl with a dandelion for a head, and a boy with a potato for a head. There is also an on-pack promotional tie-in with the movie Garfield 2, as well as online activity. Television advertising is also a possibility.

WFCA, the Tunbridge Wells-based integrated agency, has created the campaign. Media has been planned and bought by WFCA’s in-house media department.