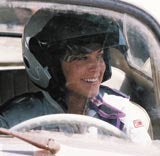 Buena Vista International (BVI), Disney’s film arm, is pumping millions of pounds into the European launch of the film Herbie Fully Loaded in an effort to build a multi-million pound global brand.

The campaign kicks off this month and includes television, press, outdoor, online and interactive ad sites using touch-screen technology, in what the company describes as “a first for film advertisers”. The film is in cinemas from August 5.

BVI has negotiated deals with Channel 4 and EMAP, which will see the Volkswagen Beetle-with-a-personality feature in promotions on screen, radio and in magazines. There will be dedicated Herbie-related programming on Channel 4’s youth-oriented segment T4.

Media buying was by Carat, while creative work was handled by Feref, The Picture Production Company and Digital Outlook.