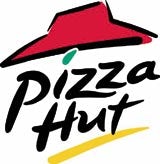 Pizza Hut has appointed former Safeway marketing chief Martin Pugh as marketing director for the UK. He replaces James O’Reilly, who was promoted to vice-president of marketing for KFC USA at the end of last year (MW November 13, 2003).

He will take over responsibility for marketing and product innovation early next month.

The role was being overseen by director of retail brand Simon Wallis, who was appointed shortly before O’Reilly’s departure (MW November 5, 2003). Wallis will now report to Pugh.

He joins Pizza Hut in the middle of a review of its &£11m media planning and buying account. Incumbent PHD resigned the business at the end of April.

Pugh left Safeway earlier this year after the supermarket chain was sold to Wm Morrison (MW April 15). He joined the chain two years ago as director of marketing from electrical goods retailer Comet, where he was head of grey goods. He was promoted to marketing director last June following the departure of the Karen Bray (MW June 12, 2003).

His responsibilities were absorbed by Morrison marketing services controller Michael Bates, whose role was changed to marketing services director. He reports to Marie Melnyk, who has board responsibility for marketing at Morrison. The remaining Safeway marketers are still in consultation over their jobs, although it is expected that most of them will leave the chain.