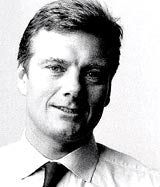 The piece, “Back into focus” (MW September 14), by David Benady on Matthew Hooper was entitled “profile”. Of whom, exactly? Far from unravelling the enigma as the piece promised, it became clear that Mr Benady had been unable to gain any original insights whatsoever and resorted to repeating petty gossip – which invariably says more about the speaker than the subject. Any genuine business comment was overwhelmed by what sounded like the sour grapes and jealousies of a slighted and inadequate swain.

I have worked with the highly professional and committed agency teams created and fielded by Mr Hooper for many years and I have only this to say (after the style of David Benady): if a journalist feels the need to wank over a magazine, may I suggest he does it in the privacy of his own home and not on the printed pages of supposedly professional editorial?

Profiles are by their nature personal. There is little point in writing them if they do not reveal something of the person behind the projected image – Ed