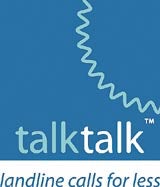 Carphone Warehouse will launch its first fixed-line telephone service for consumers on Monday, and hopes to sign up more than 200,000 customers over the next 12 months.

Opal was previously a wholly business-to-business operation and it will continue to operate under the same name. It is run by managing director David Goldie.

Carphone Warehouse has appointed Gordon Nardini as head of retail marketing, to work with head of marketing Trista Clarke.