The move is a joint venture between new Look and multi-brand retail business, Hallett Retail.

New Look added menswear to its collection four years ago and plans to add the multi-brand concessions in five further stores later this year.

New Look has an aggressive expansion plans to take on rivals H&M and Zara on a global scale and plans a further 20 European stores in the next year. In April the retailer relocated its head office from Weymouth to London 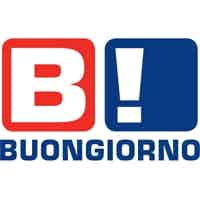 Mobile content giant Buongiorno is to relaunch its mobile ad network in a bid to offer clients pan-European inventory.

The company is also not expecting to meet its operating profit target of £480m next year due to the tough economic climate. It has seen cancellations to Mexico, where the flu was first reported, and other destinations. Europe’s second-biggest travel company posted a pre-tax loss of £286.4m in the nine months to 30 June, which […]