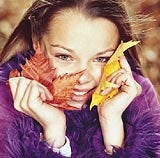 Matalan will unveil its new designs, ranges and value prices in a television advertising campaign using the theme of discovery. The clothing and homewares retailer’s campaign breaks on October 4. It is the first TV work for the retailer to come from newly appointed agency M&C Saatchi. It will appear on ITV1, Channel 4 and Channel 5, now known as Five. Media has been planned by Feathers Brooksbank. In line with the discovery theme, the ads use the tagline ‘Uncover the value’ and feature old songs that have been re-recorded in contemporary style. The first ad for the autumn season uses the song ‘Windmills of your mind’. There will be further ads in November and December for the winter season. The ‘Uncover the value’ line will also be used in radio and print advertising as well as direct marketing.