Forget the awkward chat, name badges and swapping business cards. A new wave of networking is growing in popularity that shuns the corporate world in favour of building reciprocal relationships based on sharing ideas and support.

This shift in thinking starts with forgetting the concept of networking as we know it.

“I think networking is a bit of a dirty word now,” states Lottie Unwin, freelance brand strategist and founder of The Copy Club.

She prefers to describe it as hanging out with a group of friends who are into the same stuff, arguing that networking is “so old fashioned” it’s not even on their agenda.

The club exists to help senior marketers in predominantly small businesses, although over time it has seen a growing number of entrepreneurial marketers from bigger businesses join.

Unwin founded The Copy Club in January 2016 after leaving Procter & Gamble (P&G) to take up the role of head of marketing at popcorn startup Propercorn. Thrust into an entrepreneurial environment, Unwin realised it can feel lonely being the most senior marketer in an organisation.

The way we work now is a lot less formal but it doesn’t have to be less sophisticated. It can be just as professional.

“Back at P&G if I had a problem I would have walked across the business, found a friend and had a peer to bounce ideas about with,” she explains. “In a small business the only person you can ask is either your boss or your direct report. And actually neither of those are relationships where you want to say ‘I haven’t got the foggiest, can we talk about it’?”

So Unwin started messaging everyone in her phone book to see if they knew a brand manager at a small business who she could meet for coffee. She then arranged to meet everyone she’d met that month for dinner.

Two years on there are events every week for between 10 and 40 people, which include everything from speaker sessions and dinners to rock climbing. A founding principle of the club is that all events must be accessible, meaning the cost to attend is under £12.

There are also more than 400 people signed up to The Copy Club newsletter, and a lot of matchmaking is done behind the scenes. The club also boasts a WhatsApp broadcast for new job postings and has plans to create a resources programme to share best practice between members.

Membership is by referral only, although Unwin and her committee of volunteers never turn anyone down.

While The Copy Club was created for senior marketers, there is an increasing number of junior marketers working in startups who are also keen to join.

The willingness to help others comes back to the characteristics of many marketers, say Sumner. She refers to a recent Copy Club talk with Steve Harrison, the former European creative director of OgilvyOne, who said ideal employees should represent a balance of curiosity and empathy.

Marketers seeking to enrich their global networks are also communicating in new ways, with some turning to cloud-based messaging app Slack.

One of the most prominent Slack communities for marketers is Online Geniuses, which boasts more than 15,000 members worldwide. Marketers like that Slack offers an instant answer, rather than waiting several hours for someone to respond to a Facebook post, says David Markovich, founder and CEO of Online Geniuses.

Slack is also not crawlable by Google, meaning marketers can ask for advice and the messages will not be associated with their name or that of their company in search results.

“You can say, ‘I’m stuck on this problem’ and people will help. They can’t really ask that on Facebook because their employer will be like, ‘Why does this person have this problem?’,” Markovich explains.

“Somebody once described our community as having a bunch of really smart co-workers because they use Slack during the day so they just hop in. Especially if they’re working remotely or in a large company or a small company. These are the people who support them at their job.”

Online Geniuses started life as a Skype group of 50 marketers, but soon grew by word-of-mouth to more than 300 members. Deciding this was too many people for the Skype group, Markovich migrated the community to Slack.

Now marketers can hop in and out of different channels, such as email marketing or content marketing, or mute channels to focus on a single subject. There are also location-specific channels so marketers can connect with their peers in different cities worldwide and a jobs channel with 13,000 members.

Every application to join the community is manually vetted, with the ambition being to double Online Geniuses’ membership to 22,000 next year. Markovich firmly believes marketers need an open forum for ideas if they are going to keep up with consumers.

“Marketing can change 20 times in one day. Strategies can disappear, new strategies can pop up,” Markovich notes. “This industry is booming; there’s so many moving parts and if you don’t have a network to connect with you’re going to have a hard time getting to the next level.”

Taking the online experience offline has been a big area of focus for Bumble Bizz since it launched in October 2017 with the aim of shaking up the way women network. The free-to-use networking platform matches mentors and mentees in real time using geotargeting based on digital CVs shared via their Bumble Bizz profiles.

The focus is on democratising access to networking, showing women they do not need to come from a particular background or have certain experience to connect with inspirational people.

Over the past year Louise Troen, vice-president of international marketing and communications at Bumble Bizz, has seen women forming sub-communities on the app to talk about their challenges as opposed to utilising the network purely to evolve their business.

This year, Bumble Bizz has taken the experience offline with the launch of its spring dining series, a succession of 20 supper clubs at the Mondrian Hotel in London that have included talks from Google UK ads marketing director Nishma Robb. Users applied to take part via the app, although just 20 were chosen for each dinner in order to ensure an intimate environment.

The wider success of Bumble Bizz reflects the new ways people are approaching their working lives, suggests Troen, who believes the landscape of professional exchange is changing.

“The way we work now is a lot less formal, but it doesn’t have to be less sophisticated. It can be just as professional,” she explains. “Formality and professionalism are not mutually exclusive. Often formality can block creativity and frighten opinion and that has a counter effect on creative marketing.”

Another woman using the supper club format to make connections is Jo Wallace, creative director at JWT, who set up Good Girls Eat Dinner in 2015 to raise the profile of female role models in creative industries.

The supper club community now spans a mailing list of more than 1,000 people working in everything from advertising and design to fashion and music. Each dinner attracts 50 women, who get to experience four inspirational female speakers discussing their life experiences between courses.

At our meetings we don’t have our agency hats on; we’re there as women supporting other women. We’re not there to sell.

Wallace didn’t want her dinners to feel like work but rather a social event in a supper club format that taps into the wider desire for experiences and reflects the way networking is becoming more casual.

People don’t view the events just as an opportunity to network, she argues. “You’ve got to be going for something that’s valuable to you. Networking is just an added extra.”

Wallace also believes the social format works particularly well for women because they make connections based on their understanding of a person, rather than because the relationship could be good for business.

“For years we slotted into a model that probably wasn’t that natural for us and we’ve always been looking for that other thing; that’s what been driving a part of this,” she adds. “Where can I find that sense of comfort, the way I operate naturally? And it’s probably this kind of event that works really well for women.”

The new networking paradigm is all about shedding your ego, forgetting about your brand and joining forces to ensure everyone prospers.

This is the thinking behind &Thrive, a women’s mentoring and inspiration group for marketing, insight and brand. It is the brainchild of Louise McLaren, board director at Truth Consulting, who began it on LinkedIn on International Women’s Day in March with an ambition to connect inspirational women.

“In my organisation the next senior person to me is the MD, who is brilliant, but I wanted to find someone who I could connect with and talk around my career challenges in a neutral space, outside an agency capacity,” McLaren explains.

Her LinkedIn message was answered by Emma Kirk, business development director at Join the Dots, and Anna Cliffe, joint managing director of Trinity McQueen. Now the three women, based in London, Manchester and Leeds – and working for three different agencies – have joined forces to create the &Thrive community.

The idea is to develop a holistic experience that is relevant for women whatever sector of marketing they work in or life stage they are at. Members of the community span everything from brand marketers to copywriters and user research specialists. Topics up for conversation at the quarterly events cover confidence and career development, with recent speakers including Marketing Week columnist Helen Tupper.

People are tired of the normal ways of networking, says Cliffe, who suggests if you go to a conference or industry body event you’re representing your business and therefore networking to sell.

“At our meetings we don’t have our agency hats on, we’re there as women supporting other women,” she explains. “We’re not there to sell and that makes the atmosphere completely different.”

The word ‘networking’ has never been used to describe &Thrive, says McClaren. Instead members talk about connecting with people, inspiring, guiding, coaching and mentoring.

“No one sees themselves engaging with this to network, which feels a bit clinical, functional, transactional,” she says. “I think we all have the spirit that if we just embrace it as helping people something good will come of it.” 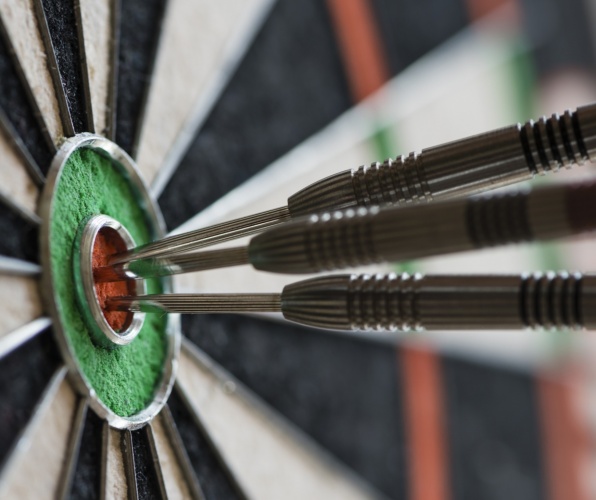 Setting goals doesn’t mean expressing your hopes, but instead planning the steps required to achieve them. 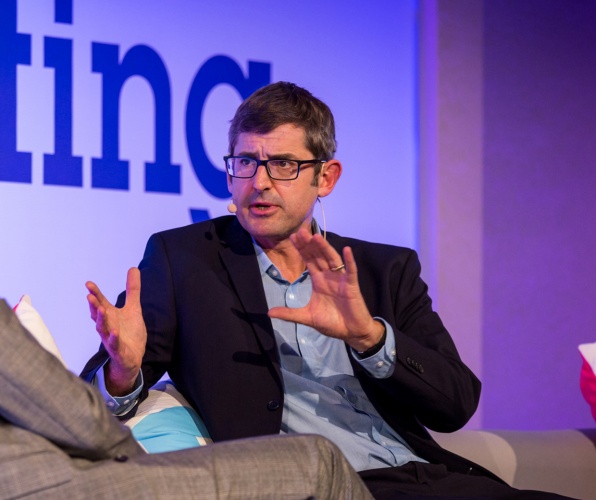 The documentary maker and journalist says he sees much in marketing “to enjoy” and is intrigued by the balance of “seduction and sales”.