Speaking on a conference call following its quarterly results yesterday (22 July), Cook said sales of the Watch have outstripped expectations and beat the launch quarters for both the iPhone and iPad. However, he refused to give sales figures claiming it was commercially sensitive information.

Apple previously said it sold 1 million iPhones in their first 74 days after launch in 2007, while it sold 3 million iPads in the first 80 days following its release in 2010. Analyst house Canalys estimates Apple shipped 4.2 million Watches over the quarter, meaning it has outstripped sales of rival devices such as Fitbit and Motorola’s 360.

In an attempt to make up for the lack of sales figures, Cook cited research from Wristly that found 97% satisfaction among owners. He also claimed the company’s own research shows that 94% of Watch owners wear it and use it “regularly, if not every day”, to show how popular the watch has been.

Apple has put the watch into its “other” business section, which also includes revenues from Beats. Revenues in this division doubled year on year to $2.6bn from $1.3bn a year ago.

While Apple Watch didn’t account for the full $1.3bn difference, Cook said it “wouldn’t be inaccurate” to compare the change and assume most of that was due to the Watch. That suggests Apple Watch could already be a $1bn business.

Popular apps include messaging and social networking apps from firms such as Twitter, WeChat and LINE, as well as fitness tracking and breaking news apps, claimed Cook. He also said Apple Watch is now available in 19 countries, with three more to be added before the end of July.

Cook said the real opportunity for brands and app creators will come when Apple launches the second iteration of its watchOS operating system. This will allow third-party apps to run natively and take advantage of data from the device by using feature such as the heart rate sensor and accelerometer.

“This is just the beginning of what this new platform can deliver. With Apple watchOS 2, developers now have the ability to build richer and more powerful native apps for Apple Watch… ushering in a whole new class of apps designed specifically for the wrist,” he said.

“We are very focused on growing iPhone around the world, not just in one geography, and getting our message out there through ads is one way to do that,” he said. 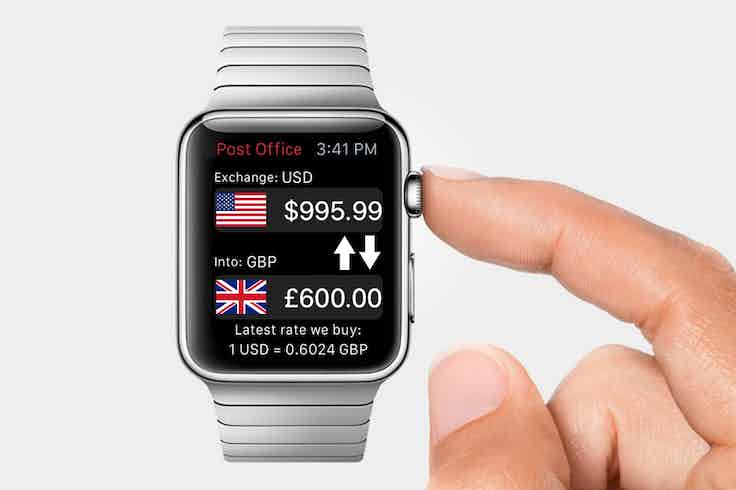 With today’s Apple Watch launch expected to generate three million individual sales globally – equating to around $2 billion – and featuring apps from brands such as the Post Office and British Airways, it has emerged that only 8% of marketers are executing plans for an app on the device.